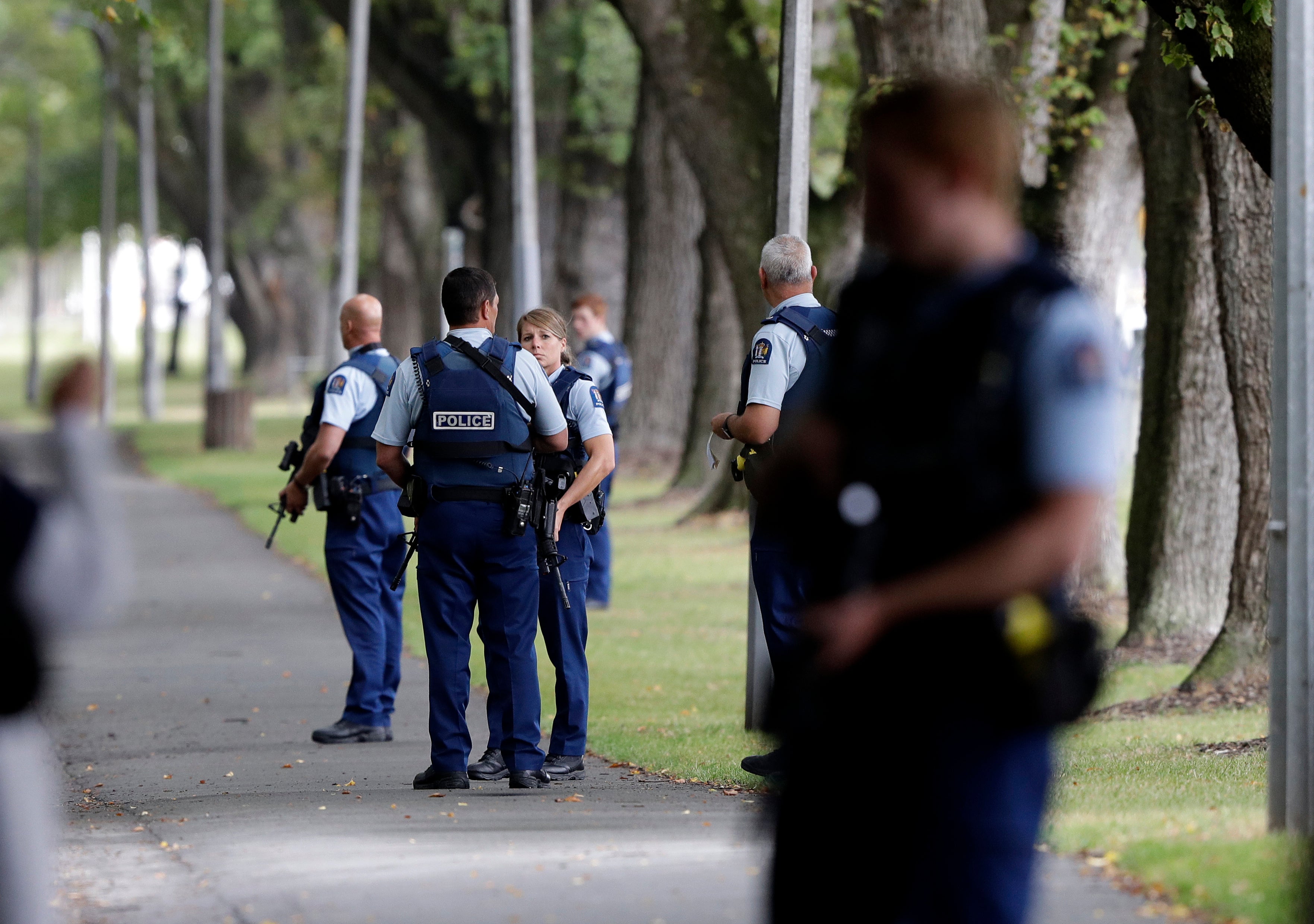 Police keep watch at a park across the road from a a mosque in central Christchurch, New Zealand, Friday, March 15, 2019. Multiple people were killed in mass shootings at two mosques full of people attending Friday prayers, as New Zealand police warned people to stay indoors as they tried to determine if more than one gunman was involved. (AP Photo/Mark Baker)

ANKARA, Turkey — Gulf Arab states have condemned the attack on two mosques in New Zealand that killed at least 49 people.

Bahrain, Kuwait, Oman, Qatar, Saudi Arabia, and the United Arab Emirates all offered their sympathies Friday over the deadly attack.

Saudi Arabia said one of its citizens was lightly wounded in the attack, but survived.

Dubai’s ruler, Sheikh Mohammed bin Rashid Al Maktoum, tweeted his condolences, noting that “on a day of peace like Friday and at a place of worship like the mosque, we witnessed the most heinous crime of religious hatred.”

Noon prayers on a Friday are an integral part of Islamic life, a day when all practicing Muslims join congregations to listen to a sermon.

Meanwhile, Malaysia’s government slammed the attack as an act of terror.

Prime Minister Mahathir Mohamad said he regretted the incident and urged the New Zealand government to do its best to “arrest these terrorists.”

The foreign ministry said two Malaysians were wounded and have been hospitalized.

“Malaysia condemns in the strongest terms this senseless act of terror on innocent civilians and hopes that those responsible for this barbaric crime be brought to justice,” the ministry said in a statement. /kga