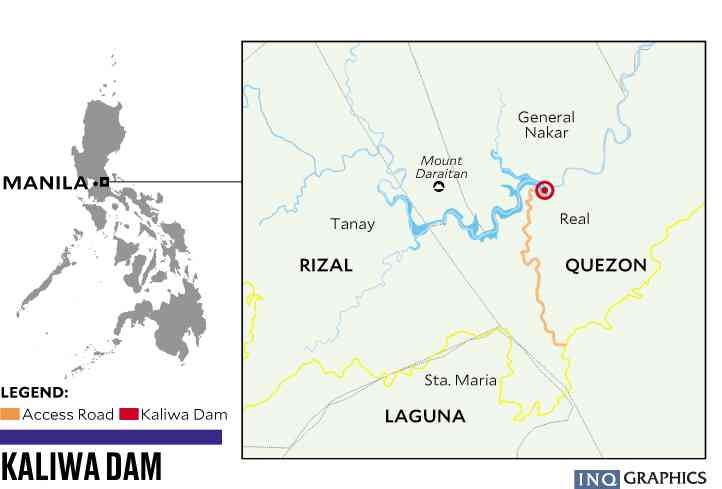 MANILA, Philippines — Bayan Muna chair and Makabayan senatorial candidate Neri Colmenares on Thursday said they were looking at filing a class suit against Manila Water Company, Inc. over the impacts of the water service interruptions in Metro Manila since last week.

“Affected consumers have come to us for legal remedy and we are now studying a class suit to be filed against Manila Water for the losses suffered by small businesses and the hardships suffered by poor families,” Colmenares said in a statement.

Bayan Muna threatens to sue Manila Water as it continues to oppose the Kaliwa Dam project that was supposed to address and prevent a water shortage in the National Capital Region (NCR).

Colmenares and Zarate said Dominguez was using the water interruptions to justify another “disastrous” China-funded project that would “displace thousands of indigenous peoples (IPs) from their ancestral lands” and “sink the country into more onerous debts.”

Dominguez said the project would “absolutely” solve the looming “water crisis” following the water interruptions in parts of the NCR, Rizal, and Cavite since last week.

The senatorial contender noted that the Laiban Dam project – the parent of the Kaliwa-Kanan dam proposal that has been on and off since the Martial Law years – “would evict the Dumagats and Remontados indigenous peoples from their ancestral lands.”

READ: IN THE KNOW: The New Centennial Water Source Project

In June 2014, the Metropolitan Waterworks and Sewerage System (MWSS) announced that the project would be implemented in phases, prioritizing the smaller Kaliwa dam, which would cost P18.78 billion ($418 million) and has been approved for bidding.

“The NCWS project is projected to be completed in 2027, with the Kaliwa dam expected to be functional by 2020 but now it is under a China loan with China Energy and China Eximbank, the same lenders of the onerous Chico river project loan agreement,” Colmenares added.

Zarate, meanwhile, suspects the claim that there would be a water crisis.

Instead of building mega-dams, Zarate said the government should study other viable options to ensure the water supply, like “stricter regulation and management of water concessionaires, ensuring consumer use efficiency and repairing leakages, which result to water waste.”

The party-list lawmaker also said the government could “develop the existing water reservoirs, implement an efficient water distribution system and facilities that do not pose adverse environmental and socio-economic impacts.”

“This so-called ‘water crisis’ will not be solved with the government continuing its privatization policy, that caters mainly to the profit-seeking big business. What we need now is the nationalization of the water industry and the implementation of a pro-people water agenda,” Zarate said. /cbb