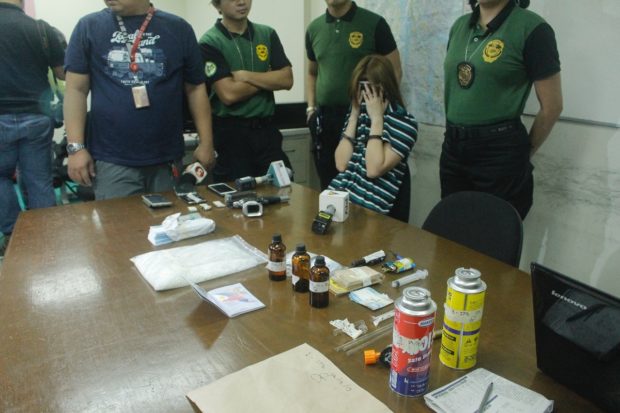 MANILA, Philippines — Agents of the Philippine Drug Enforcement Agency (PDEA) who conducted the buy-bust operation that resulted in the killing of an alleged bigtime party drugs dealer will each receive a cash reward, President Rodrigo Duterte announced Wednesday.

Speaking at PDP-Laban‘s campaign rally in Isabela province, Duterte said he had told PDEA Director General Aaron Aquino that his agents will receive a “prize” for the killing of Steve “John” Pasion.

[Last night, I was talking with Aaron Aquino and he said: “Sir, the number one distributor of ecstasy is dead.” I said: “Announce this: One million five hundred thousand pesos. I said: “You have a prize.”]

Pasion was killed Monday night during a buy-bust operation in the parking lot of his condominium unit at Barangay 310 in Sta. Cruz, Manila. His girlfriend, Irene “Sophie” Mercado, was arrested.

Seized from his condominium unit, which according to PDEA was being used as a warehouse for imported drugs, were a kilo of crystal meth (or shabu) worth P6 million, three bottles of liquid ecstasy worth P75,000, and drug paraphernalia.

According to PDEA, among Pasion’s clients were celebrities and models, two of whom were put under surveillance. /atm