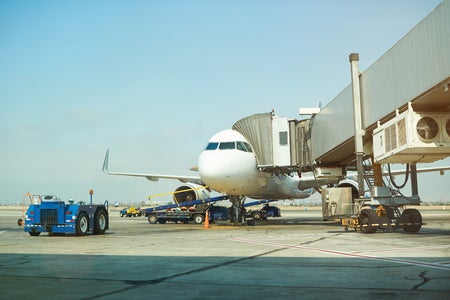 Two Chinese women in Shandong, China, allegedly threw coins at a plane for good luck, delaying their flight for two hours and getting themselves detained in the process.

The women were boarding their Lucky Air flight to Chengdu on Sunday, March 10, when they decided to toss the “lucky” coins at the plane, as per The South China Morning Post on March 12. The coins were eventually found underneath the boarding steps after 10 p.m.

“After a check by the captain, we excluded the possibility of the coins entering the engine since the gap between the plane and the boarding gate was narrow and far away from the engine,” the airline was quoted as saying.

The women, meanwhile, were taken away by the police after boarding, a fellow passenger told PearVideo, as per the report.

“About an hour after boarding the aircraft, two policemen came and took away two women,” the passenger said. Thus far, it is unknown whether or not the women would face criminal charges.

This coin-throwing incident at a plane for luck is the fourth in just two years. Two elderly Chinese passengers were found performing the same good luck ritual on two separate occasions in 2017, which led to the cancelation and delay of the flights, respectively.

A  flight from Anqing to Kunming was canceled after a 28-year-old man tossed two coins near the plane’s engine last February. The man is now facing criminal charges. Cody Cepeda