Hontiveros to Duterte: Degrading women not freedom of expression 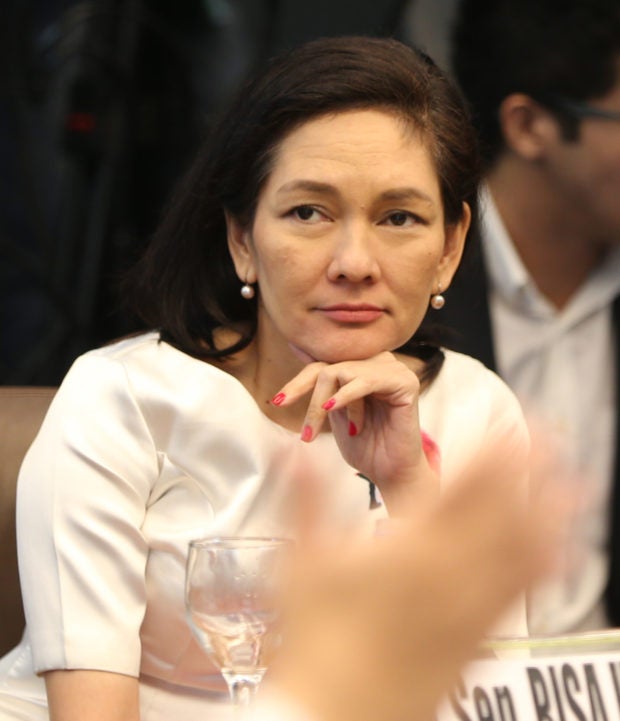 Hontiveros said this after Duterte defended himself following criticisms against him over his sexist remarks.

“May I remind President Duterte that freedom of expression rests in the realm of human rights. It is interrelated with other rights. Thus, the exercise of specific rights should also advance others and not derogate them. In this context, an individual’s freedom of expression should never negate other rights, such as the right of women to be free from violence,” she added.

Duterte has been criticized over his sexist and misogynistic remarks such as shooting the vagina of female rebels, rape jokes, as well as “spit” remarks against his female critics, among others.

The opposition senator said that sexist and misogynistic verbal attacks serve as a way to disparage women and contribute to the “growing climate of sexism and misogyny in the country.”

“When the President says that it’s okay to rape women, he promotes the rape culture, which ultimately, could lead to women getting raped,” she added.

Hontiveros said that Duterte’s “violent and anti-women rhetoric” has “set into motion the killing of thousands, the left and right death threats against Catholic priests and sexist verbal attacks online and off against women opposition leaders.”

The senator, however, said that the President’s latest remarks did not come as a surprise.

“What do we really expect from the country’s chief misogynist?” she said.

She also urged fellow women to fight all forms of violence and discrimination against them.

“I encourage my fellow women to continue to close ranks and stand up against all forms of violence and discrimination against women,” Hontiveros said.

“While we celebrate our hard-fought victories, we will continue to push back. We will not allow this to become the ‘new normal’ and get used to it. We will not be complicit in this despicable culture,” she added. /je

Read Next
PDEA looking at 2 celebs linked to top party drug dealer
EDITORS' PICK
Unemployment rate up to 6% in May
House energy committee chair Arroyo bats for cheap electricity
High-risk pregnancy: Reducing your risk is in your hands
High inflation: Your P1 is now worth only 87 centavos
UK’s Boris Johnson will resign, BBC reports
Geek out at TOYCON 2022 powered by Smart Signature
MOST READ
Suspect in grisly killing of missing woman in Bulacan arrested
Kim Atienza’s daughter flaunts bikini body in response to critics of her ‘revealing photos’
Japanese artist who created ‘Yu-Gi-Oh!’ found dead in the sea
FDA probes popular Filipino noodle brand for ‘high level of ethylene oxide’
Don't miss out on the latest news and information.