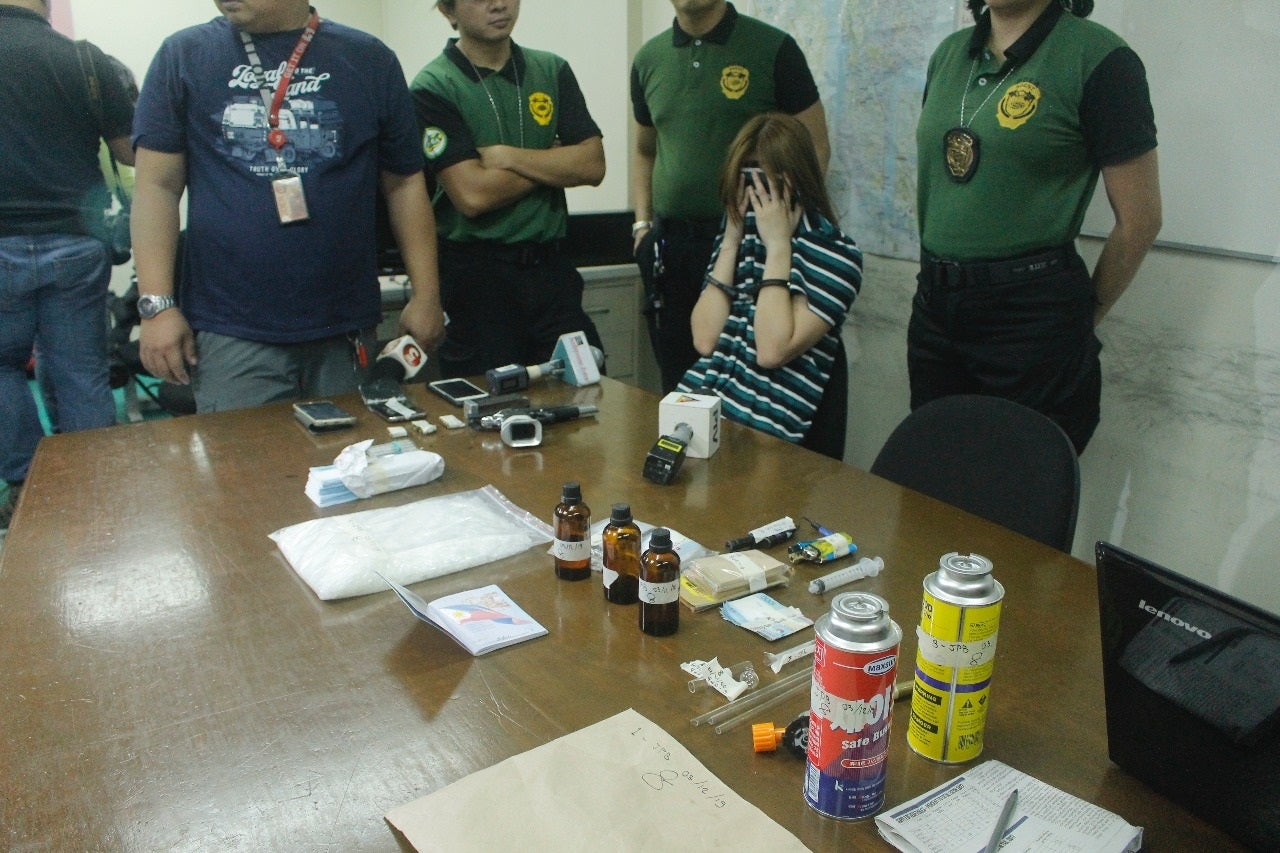 PDEA officials present the illegal drugs recovered from Steven Pasion who was earlier killed in a buy-bust operation, while his live-in partner Irene Mercado hides her face during a press conference on Tuesday, March 12, 2019. (Photo by Gabriel Pabico Lalu)

MANILA, Philippines — The Philippine Drug Enforcement Agency (PDEA) said it was investigating two “celebrities” whose names were found on the phone of a slain big-time party drug dealer.

According to PDEA Special Enforcement Services (SES) Acting Director Levi Ortiz, the names of two celebrities — whom they have been monitoring — popped up while they were inspecting the phone of Steven Pasion.

Pasion was killed in a buy-bust operation on Monday night.

He refused to name the two celebrities because they were still under investigation, especially since there was a possibility that the celebrities’ names were used as aliases by Pasion’s clients.

“That is why we are conducting investigation on them para ma-determine natin kung totoo talaga na sila ba talaga ‘yon […] We will be conducting case build-up on them, kung talagang makakakuha ng solid evidence, we will conduct operations against them,” Ortiz said.

One of the celebrities apparently ordered 200 ecstasy tablets from Pasion.  Ortiz noted thought that whether it was used for his or her own consumption or whether it was distributed will have to be investigated first.

On Monday night, Pasion — allegedly the top distributor of party drugs and shabu in Metro Manila — was killed during a buy-bust operation led by operatives of the PDEA National Capital Region office and the Manila Police’s Drug Enforcement Unit near his condominium unit in Sta. Cruz Manila.

Pasion’s live-in partner Irene Mercado was arrested.  Authorities also raided their residence, confiscating around one kilo of shabu and 60 milliliters of liquid ecstasy with a combined worth of P6.075 million.