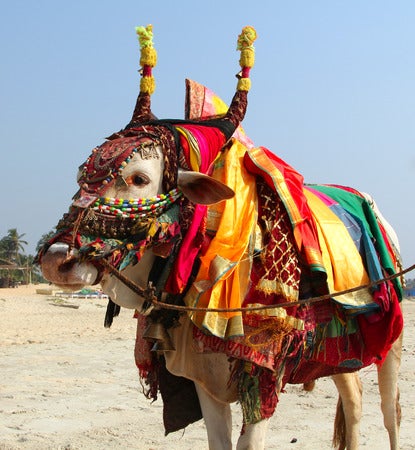 A sacred cow on the beach in Goa. Cows are deeply respected in Hinduism and are considered a symbol of life. INQUIRER.net stock photo

A Hindu man in New Zealand is demanding a supermarket to pay for his flight to India so he can “cleanse.” His demand came after he mistakenly ate beef mislabeled as lamb which he bought from the said grocery store.

Jaswinder Paul moved from India to New Zealand twenty years ago and wishes to go home to New Delhi so he can be purified after mistakenly eating the beef, as per New Zealand news site Stuff on March 11. Paul bought the meat from Countdown Blenheim last September 2018 thinking it was lamb. He only discovered the meat was in fact beef after he had eaten some of the contents.

“According to my religion, I have to go back to my country and do sacred things for four to six weeks, and be purified by priests, so I can continue on my religious path,” Paul was quoted as saying. “It’s a long process.”

Eating the meat broke his religious vow, as per Paul, since cows are considered sacred in Hinduism.

The supermarket has since admitted to their labeling error and apologized for the incident. They also replaced the product and offered Paul a $200 gift voucher.

Paul, however, is not having any of it and asked the supermarket to pay for his purification instead. After months of no response, he headed to the supermarket last Feb. 27 where he spoke with a manager.

This meeting deemed to be fruitless as the supermarket just apologized again and told Paul the initial offer still stood. Paul is now considering to bring the matter to the courts.

“I don’t want to go to court against a big corporation. I just want to go home,” he was quoted as saying. “I understand this looks like a simple matter, but for me this is very hard. I break my religion [vows] because of someone else’s negligence.”

Paul added that his society back home would not accept him for breaking his religious vows. His family also has not spoken to him since he ate the beef.

Meanwhile, Nelson-based Hindu priest Bishnu Adhikari suggested Paul seek guidance at the Hare Krishna Temple in Wellington. The report further stated that this may be another option if flying to India would be too costly or hassling for him. Cody Cepeda/JB

No meat or eggs — but not vegan?