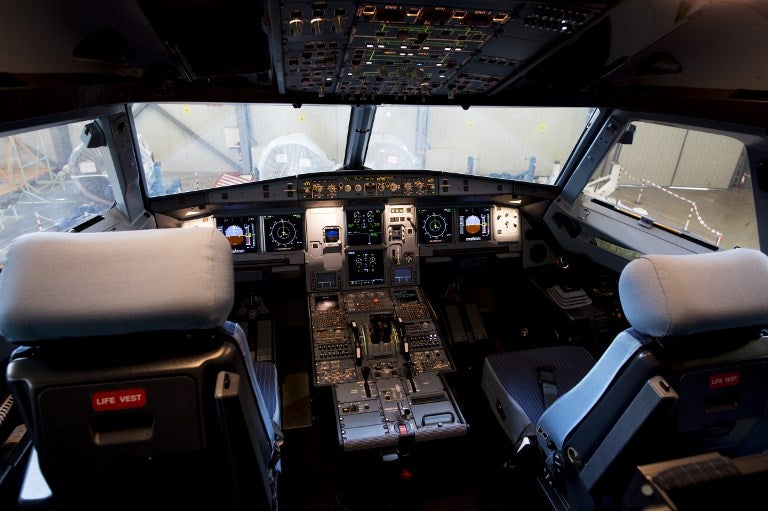 The picture shows the cockpit of the new Airbus A 320 neo aircraft model. In South Africa, a pilot who worked for South African Airways for more than 20 years was arrested on March 11, 2019, police said, over allegations he flew large passenger jets without an advanced commercial flying license. AFP FILE

JOHANNESBURG, South Africa – A pilot who worked for South African Airways for more than 20 years was arrested on Monday, police said, over allegations he flew large passenger jets without an advanced commercial flying license.

William Chandler was recently forced to resign after the airline said he had been flying without the proper documentation.

“His attorneys handed him over (to the police) this morning,” national police spokesman Vishnu Naidoo told AFP.

But he only had a commercial pilot license, which is for small aircraft and requires far less training and experience.

SAA has not revealed how long he had flown under false pretenses, the number of passengers he flew or the types of aircraft he had piloted.

But according to media reports Chandler had been employed at the national carrier since 1994.

SAA has said the falsehood came to light last November when an Airbus A340-600 plane he was co-piloting to Germany encountered turbulence and he had to perform a recovery maneuver.

The crew were grounded and evaluated in line with safety procedures, and at that point the subterfuge was discovered, the airline said.

SAA has said it will seek to recover “millions of rand” in wages from Chandler. /cbb