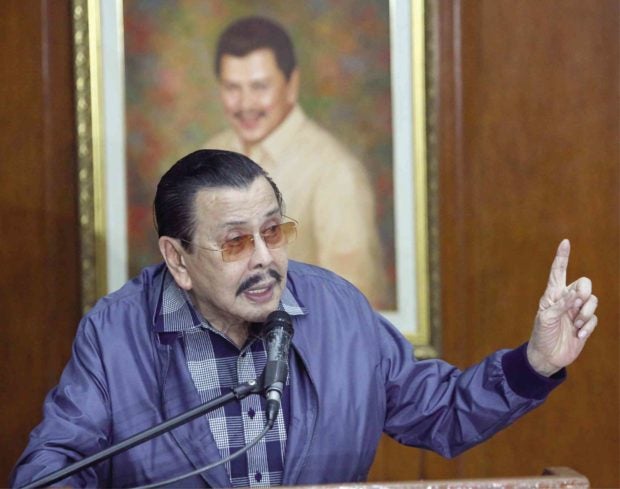 As far as Manila Mayor Joseph Estrada is concerned, the foiled attempt to dump a truckload of suspected human waste into one of the city’s drainage canals was meant to make him look bad.

“It’s a demolition job,” Estrada said on Monday during a press conference at city hall.

He was referring to Friday’s incident in which a surveillance camera caught two men alighting from a truck and dumping its contents into a drainage system in front of Century Hotel.

A hotel security guard, however, accosted the two men who fled in their truck.

The incident happened in the middle of the national government’s widespread program to rehabilitate Manila Bay with the help of local officials.

Estrada, who is running for reelection against his former vice mayor, Isko Moreno, and predecessor Alfredo Lim, felt that the incident was politically motivated.

“Who would the people blame? Me, right? The public will say there is no government here in Manila,” he said.

He added that the incident was an insult to the city government and residents.

Manila’s police chief, however, did not agree with Estrada.

“We are facts-based,” said Chief Supt. Vicente Danao, Manila Police District (MPD) director. “We don’t have any information on [his theory] yet.”

According to the MPD, it has has yet to identify the truck driver and his helper, and what exactly they dumped into the canal.

A check of the surveillance camera’s footage showed only five of the six alphanumeric characters on the truck’s license plate.