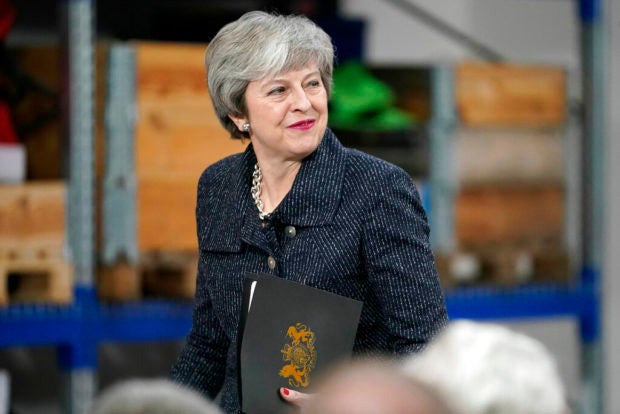 LONDON — British Prime Minister Theresa May is fighting to save her European Union divorce deal with the negotiations deadlocked a day before Parliament is scheduled to vote on the plan.

May promised lawmakers two weeks ago they would get a second vote on the deal by March 12, but hard-line Brexit supporters are warning she should postpone the vote rather than risk another crushing defeat.

The House of Commons overwhelmingly rejected the deal in January, primarily because of concerns over arrangements for the Irish border. “Technical” talks aimed at securing concessions from the EU failed to secure a breakthrough over the weekend.

Former chief whip Andrew Mitchell told the Times of London that “anything that avoids what looks like a massive defeat on Tuesday is worth considering.” /ee