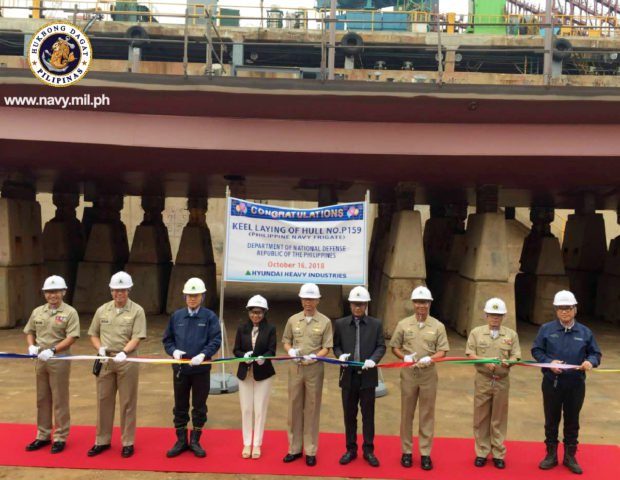 MANILA, Philippines – The Philippine Navy’s first of two missile-armed frigates will be launched in May this year.

In an interview with military radio station DWDD, Philippine Navy chief Vice Admiral Robert Empedrad said he would be with Defense Sec. Delfin Lorenzana in South Korea from May 17 to 19 to witness the launching.

At the event, the vessel is expected to touch the water for the first time and be floated out of the yard.

The frigate, which will be named BRP Jose Rizal, is being built by Hyundai Heavy Industries.

The launching of BRP Jose Rizal will be followed by the keel-laying of the second missile-armed frigate BRP Antonio Luna, Empedrad said.

The contract for the two frigates, one of the military’s most significant modernization projects at P18 billion, was awarded to Hyundai Heavy Industries in October 2016.

The first frigate is expected to be delivered by mid-2020 and the second one will be in early 2021. / gsg