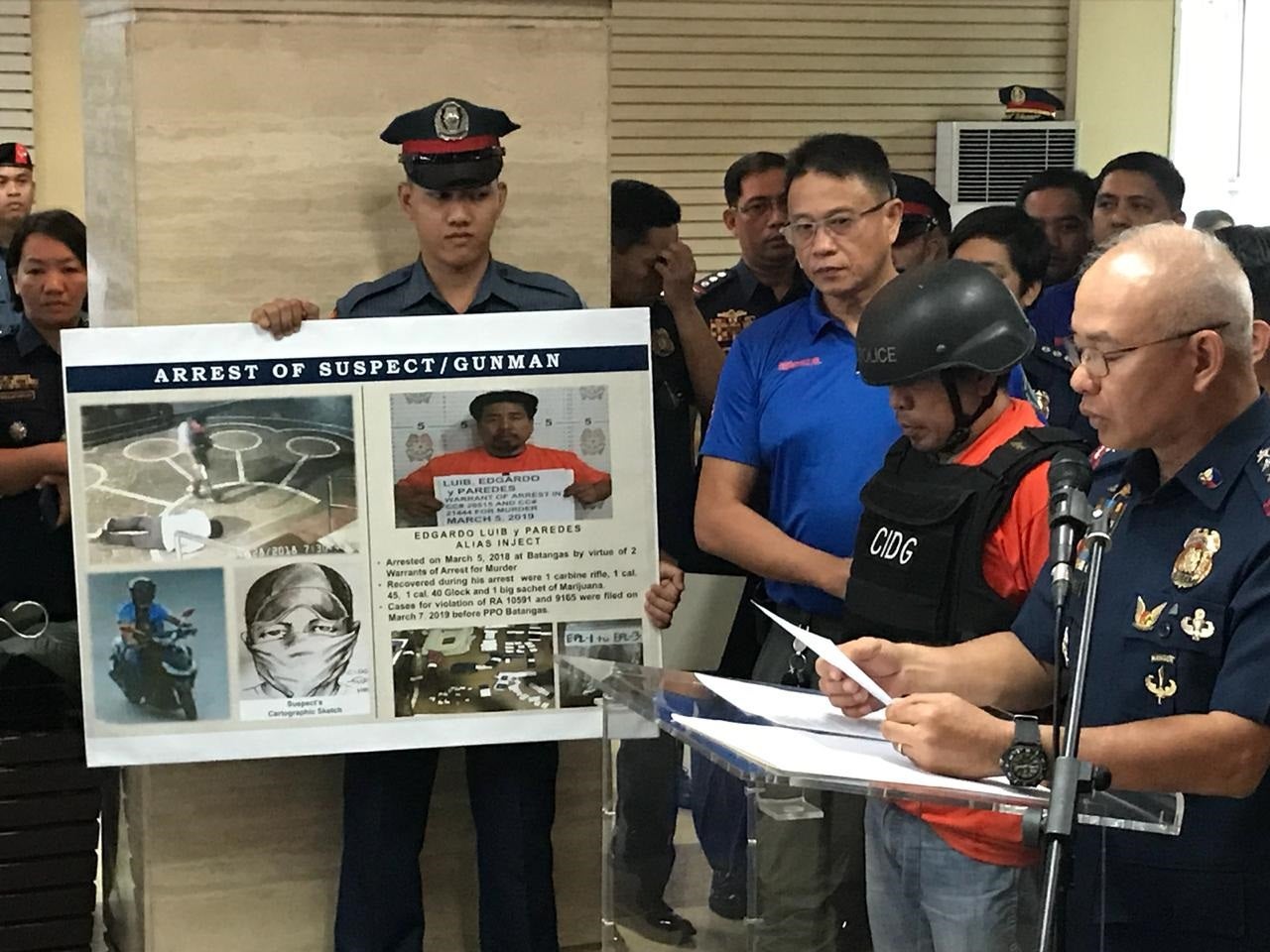 MANILA, Philippines — Police have arrested the alleged gunman in the murder of businessman Dominic Sytin inside the Subic Bay Freeport on Nov. 28, 2018.

Albayalde said Luib was arrested after a walk-in witness gave probers a lead on his identity.

Dominic Sytin was killed when a motorcycle-riding gunman shot him outside the Lighthouse Resort and Hotel on November 28, 2018.

“There was a reward offered by the family and because of that, ‘yung informant natin (our informant) who is familiar with the suspect, came to us and provided information,” Chief Supt. Joel Napoleon Coronel, director of the Police Regional Office 3 (Central Luzon), said in a press conference at Camp Crame.

When police arrested Luib, they seized from him three guns, including the caliber .45 pistol, that, according to ballistics examination, matched two slugs and nine of 13 bullet casings found at the scene where Sytin was shot dead.

Apart from allegedly killing Sytin, Luib also has two warrants of arrest related to the 2013 murder of Councilor Michael Karingal of Bauan, Batangas, and of Melinda Magsino, correspondent of the Philippine Daily Inquirer, in 2015.

Luib is allegedly connected to a certain Ryan Rementilla, whose real name is Oliver Fuentes – a former employee of the United Auctioneers International (UAI).

According to the PNP, Sytin, who was chief executive officer and founder of UAI, fired Fuentes for allegedly embezzling company funds.

Fuentes then joined the business of Dennis, Dominic’s younger brother, who allegedly had a business dispute with Dominic, according to police.

Dennis is being tagged as the alleged mastermind in the murder, based on the extrajudicial confession of Luib.

“Based on the investigation conducted by the SITG (special investigation task group), it was shown that the killing of Mr. Dominic Sytin was based on dispute or disagreement between the victim Dominic and the principal suspect Dennis,” Coronel said. /cbb