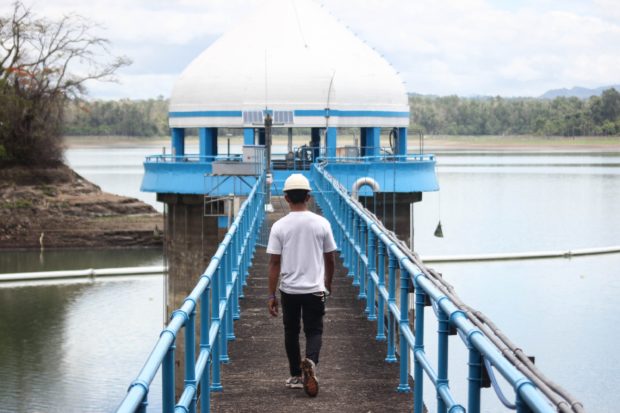 Parts of Metro Manila face the prospect of being with little or no water supply as the water level declines at La Mesa Dam. (File photo by JAM STA. ROSA / Philippine Daily Inquirer)

That level is 11.25 meters below the normal high water level of 80.15 meters, a difference that may be calculated based on the Dam Water Level Update table of the Philippine Atmospheric, Geophysical and Astronomical Services Administration (PAGASA).

That level may yet break its lowest ever recorded, which was 68.75 meters in 1998, 21 years ago, Richard Orendain, a PAGASA hydrologist, told INQUIRER.net on Sunday.

“Maybe in two days, this record will be broken,” Orendain said in Filipino.

Last Friday, the dam already hit its lowest level in 12 years, measured at 69.16 meters, which was 10.99 meters lower than the normal high water level of 80.15 meters.

A graph at the PAGASA website shows that the 69.02-meter level is lower than the levels recorded on the same date in the previous two years — around 79 meters in 2017 and around 76 meters in 2018.

The La Mesa Dam and Reservoir in Quezon City is part of the Angat-Ipo-La Mesa system — the major source of water for Metro Manila.

The Metropolitan Waterworks and Sewerage System (MWSS) has already appealed to consumers to use water wisely, especially with the onset of El Niño this year.

Last Thursday and Friday, March 7 and 8, Manila Water had a sudden interruption in its service, affecting several barangays in Quezon City, Mandaluyong, San Juan, and Pasig.

Meanwhile, Angat Dam in Norzagaray, Bulacan also went below normal level as of 6: a.m. on Sunday, measured at 200.97 meters, which is 11.03 meters below its normal high water level of 212 meters.

On the other hand, Ipo Dam, which is also in Norzagaray, Bulacan, showed a steady water level of 101.03 meters in the last 24 hours. That level is slightly higher than its normal high water level of 101 meters. /atm