Tulfo: No apology for telling ‘truth’ on ‘lazy’ Filipino workers 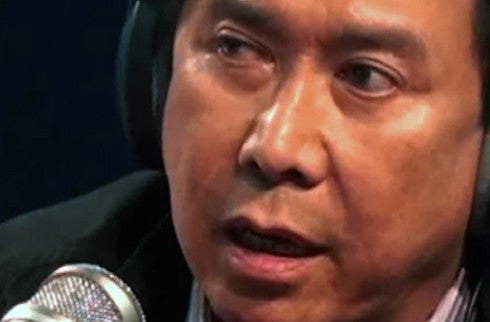 MANILA, Philippines – Special envoy to China Ramon Tulfo has refused to apologize over his remarks against “lazy” Filipino workers in the country.

Tulfo issued this statement after labor groups asked him to apologize for insulting Filipino workers in the country.

“Why should I apologize to you for telling the truth that you’re basically lazy and a slowpoke? Does the truth hurt?” Tulfo said in a tweet on Saturday.

To the Filipino construction workers: Why should I apologize to you for telling the truth that you’re basically lazy and a slowpoke? Does the truth hurt?

In a television interview last Thursday, Tulfo defended the influx of Chinese workers in the country.

“Why is it that when a Filipino works abroad, he works harder than his countrymen in the Philippines. Why are OFWs (overseas Filipino workers) preferred in other countries but in our hometown [some] are not as efficient as their rivals, like the Chinese?” Tulfo said.

The Trade Union Congress of the Philippines (TUCP) then demanded Tulfo to issue an apology regarding his remarks.

According to the group, Tulfo’s characterization of Filipino workers was “uncalled for,” especially since they have been known worldwide for the “high quality of their work, ingenuity, diligence, creativity and hard work.”

“They are the most sought after type of workers compared to other nationalities. The Filipino workers’ dedication, diligence and creativity are known to have built the entire Middle East economies, most parts of Asia, and key parts of America and Europe,” TUCP president Raymond Mendoza said.

“We urge Mr. Tulfo to immediately apologize to the Filipino workers and retract these statements before many would come to believe so,” he said. /cbb