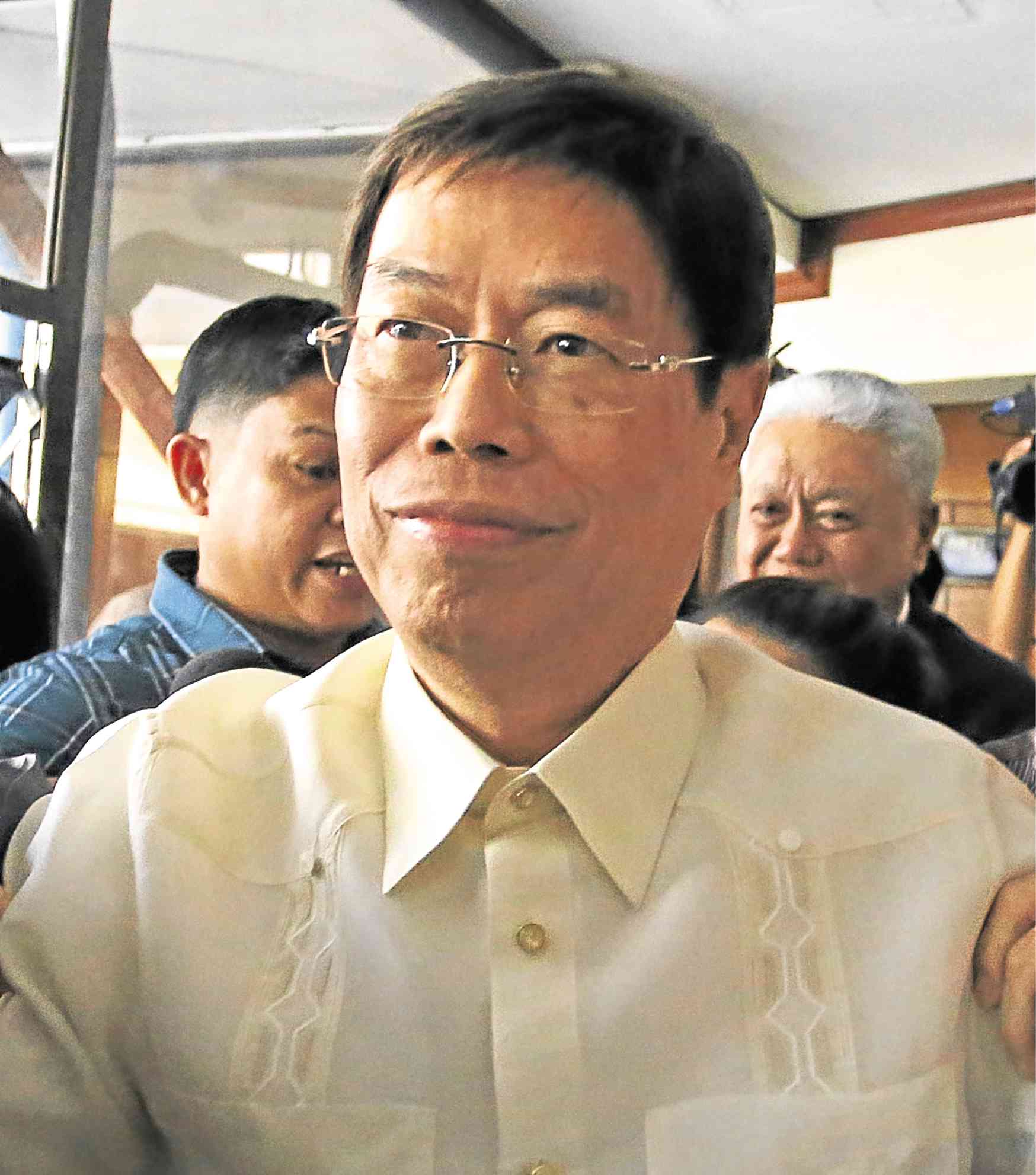 VICTORIAS CITY, Negros Occidental—President Rodrigo Duterte again threatened to kill Cebu-based businessman Peter Lim, who has gone into hiding after a warrant of arrest had been issued against him for alleged involvement in drugs.

“I will kill you!” said the President, addressing Lim, his cosponsor at a wedding, during a speech at a campaign rally of the ruling Partido Demokratiko Pilipino-Lakas ng Bayan rally in this Negros Occidental city.

The President said Lim, like others who were into drugs,  deserved to die.

“Peter Lim if I see you, wherever it may be, I will kill you and I will go to jail for it,” he said.

Lim went into hiding months before Judge Gina Bibat-Palamos, of the Regional Trial Court Branch 65 in Makati City, issued an arrest warrant against him for violating Republic Act No. 9165, or the Comprehensive Dangerous Drugs Act of 2002.

The Department of Justice used the Senate testimony of confessed drug dealer Kerwin Espinosa to file the case against Lim.

Espinosa had told the Senate he got his drug supply from Lim.

The President said Lim could be hiding anywhere but he had houses in Canada, Bahamas and Hong Kong.

He also repeated a warning that he would kill government officials, policemen and other professionals involved in drugs.

“If you destroy my country, I will kill you,” the President said. “I could not be more clear.”

The President said there were currently seven million Filipinos addicted to “shabu,” or crystal meth.

The figure, he said, was only for Metro Manila.

“I told the mayors, do not enter into drugs because I will really kill you,” he said.

In the same speech, the President appeared to have changed his mind on proposals to legalize marijuana for medical purposes.

“I will not agree,” the President said.

“Maybe some other President,” he added. “I am ignorant of that kind of research. I do not read it and I do not intend to legalize it.”