Cathedral back to life, but Jolo folk still in pain 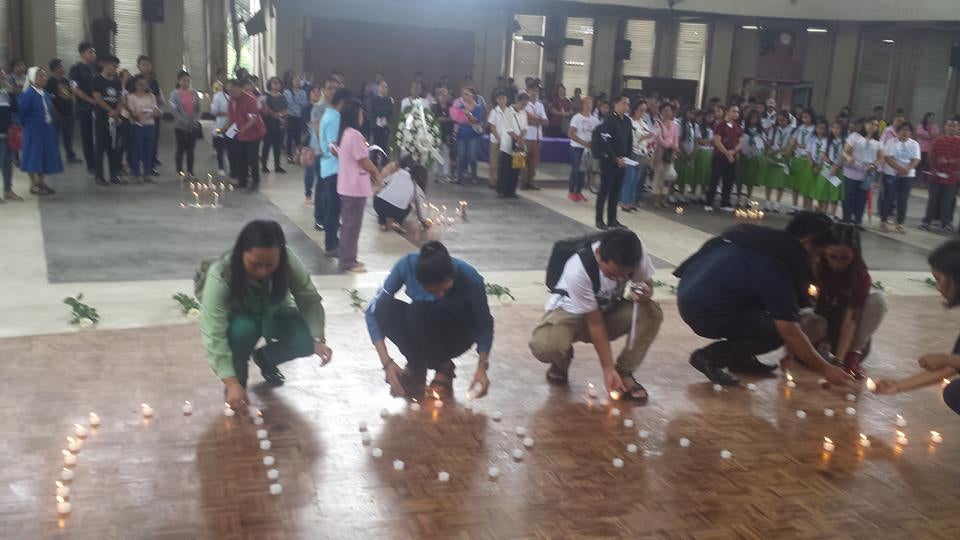 DAY OF MOURNING Parishioners offer flowers and light candles on the spot at the Jolo Cathedral where their friends or loved ones were killed in a terror attack in January.—PHOTO FROM FR. ROMEO SANIEL

COTABATO — Cries of pain broke the sad melodies of prayers sung as hymns at the Jolo Cathedral on Saturday, where at least 24 people were killed and hundreds wounded in a terror attack in January.

The cathedral commemorated the 40th day of the attack in a community prayer for those who died.

“But letting go is a grace of God as we remember the martyrs who died inside the cathedral,” Saniel said.

Parishioners lit candles and offered flowers at the spot where a friend or a relative died in one of two explosions that hit the church during Sunday Mass.

It was the first time since the bombings that a community prayer was held inside the cathedral.

Soldiers stood guard outside and inside the cathedral as Mass was celebrated.

Saniel offered prayers for at least 112 people injured in the blasts. Many of them are still in hospitals, he said.

In a joint statement issued shortly after the terror attack, then Jolo Bishop Angelito Lampon, OMI, DD, and then Cotabato Archbishop Orlando Cardinal Quevedo, OMI, DD, described the attack as “the most heinous desecration of a sacred place, on a sacred day and at a sacred moment of worship.”

“It is truly a satanic act that all sacred religions must condemn,” the two prelates said.

Saniel appeared to be hopeful, though, that life would return to normal in the cathedral.

He said the rebuilding of the cathedral, with a new design, would soon start with architect Marcos de Guzman Jr. leading the work with Cotabato City-based architect Rebecca Hagad.

De Guzman’s father and namesake designed the cathedral when it was built in 1964.

The military said the attacks were carried out by Indonesian suicide bombers.

The suspects, a man and woman, wrapped themselves with bombs which were set off minutes apart in the middle of the place of worship and just outside the main entrance, according to the military.

An international monitor said the Islamic State had claimed responsibility.

Military operations were still continuing in the mountains of Jolo and nearby islands against Abu Sayyaf, which the government said had helped the foreign bombers carry out the bloodiest attack on the cathedral.