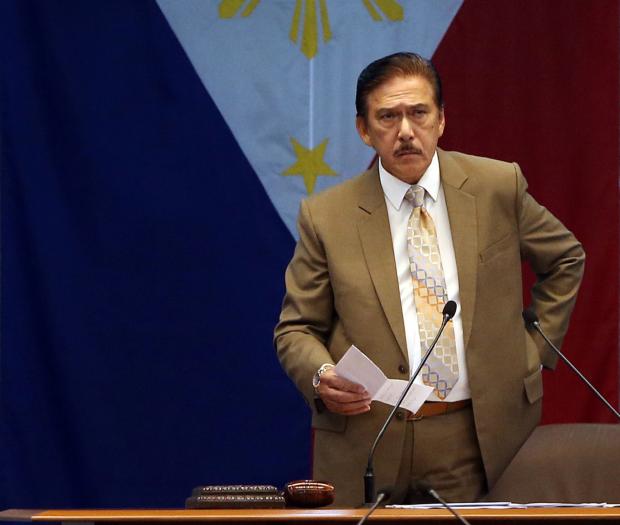 “This medical marijuana — I did this,” the President, speaking in Filipino and English, said in a speech on Friday, gesturing with a thumb turned down. “They’ll give you the excuse to harvest for… they’ll say for medicinal use. Everything now is for medicinal use. That would be an excuse. I did not approve. Not in my time, not in my time.”

In a radio interview over AM radio station DWIZ on Friday, Sotto said those still pushing for legalizing medical use of marijuana might be involved in the illegal drugs trade.

“Why complicate things? It means they have another agenda. Those who advocate medical use of marijuana are involved in drug trafficking and who run marijuana plantations,” Sotto said in Filipino.

According to him, there were other drugs that could be used in curing diseases.

“I have talked to some doctors and they said there are better medications than medical cannabis for epilepsy — and they’re even cheaper. So why are they insisting on making medical cannabis cheaper?” he said.

Before his Friday speech, the President said he would sign any bill legalizing the medical use of marijuana.

The President even revealed in several press interviews that he was in favor of legalizing medical marijuana.