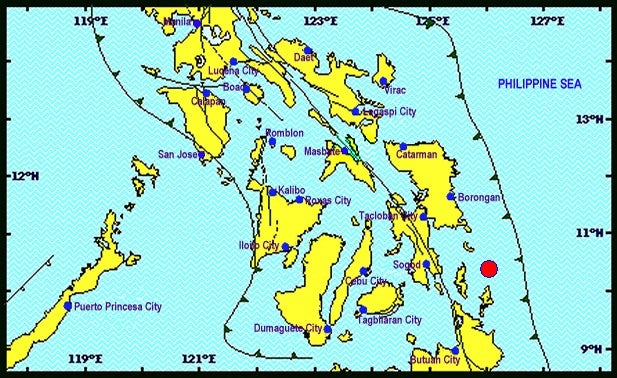 The US Geological Survey and the Philippine Institute of Volcanology and Seismology said the quake struck at 11:06 p.m., its epicenter about 38 kilometers northwest of Burgos.

Its depth was measured at 16 kilometers by Phivolcs, adding in an advisory that the quake was not expected to have caused damage.

It was felt in the following areas:

The Philippines is part of the Pacific “Ring of Fire”, an arc of intense seismic activity that stretches from quake-prone Japan through Southeast Asia and across the Pacific basin.