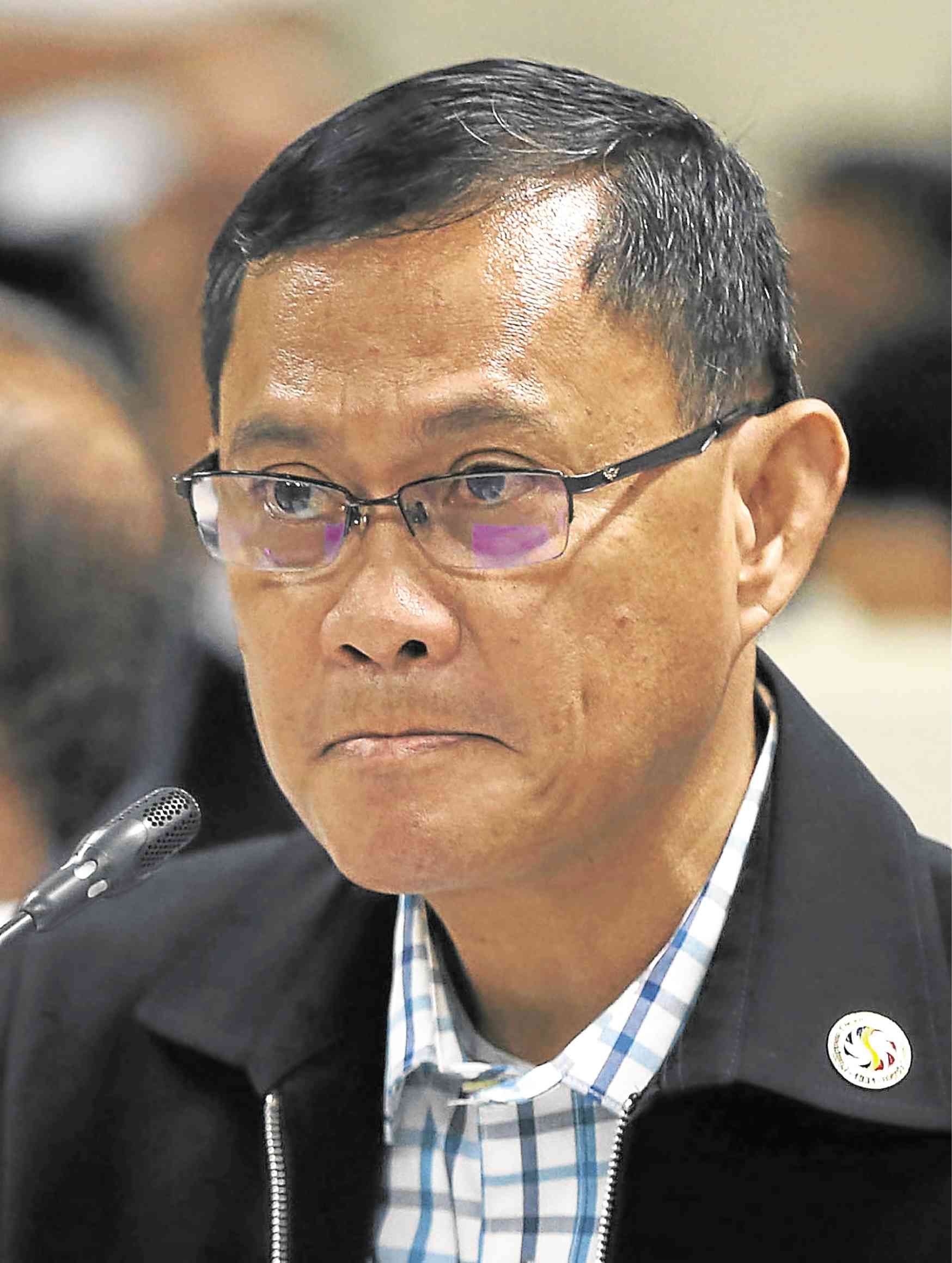 President Duterte has sacked Alexander Balutan as the general manager of the Philippine Charity Sweepstakes Office (PCSO) for alleged corruption amid a congressional probe of anomalies in the state-run charity.

“The Palace confirms that President Rodrigo Roa Duterte has terminated the services of Philippine Charity Sweepstakes Office general manager Alexander Balutan on his present post due to serious allegations of corruption,” presidential spokesperson Salvador Panelo said in a statement on Friday.

Panelo did not give details of the allegations against Balutan, a retired Marine major general who was appointed to the PCSO in September 2016.

A Palace official, who requested anonymity, said Balutan was summoned to Malacañang on Friday afternoon.

“We hope that this will serve as a stern warning to all government officials and employees that there are no sacred cows in the current administration, especially when it comes to serving the Filipino people with integrity and loyalty,” Panelo said.

‘Not during my watch’

He added that just like the war on drugs, the government’s campaign against corruption would be “relentless and continuing until the last day of the President’s term.”

“‘Not during my watch!’ is the searing message of the President to those who wish to violate the Constitution and the laws of the land,” Panelo said.

At the House of Representatives, Deputy Minority Leader Danilo Suarez said on Friday he and other members of the committee on public accounts which he heads would push for a thorough revamp of the PCSO leadership once an investigating panel found sufficient proof of anomalies.

Suarez made the statement after his committee began to uncover a number of alleged irregularities on the grant of Small Town Lottery (STL) franchises in the countryside in Tuesday’s hearing.

Asked to comment on Balutan’s firing, Suarez declined to say that the former PCSO general manager was sacked as an offshoot of the accusations of corruption against the government charity office.

“The House committee has not made any conclusions on the allegations, (and) we are still in the process of gathering additional evidence,” he said.

Suarez clarified that the main focus of the House inquiry was not on the accusations of corruption, but on the “lack of cooperation” from the PCSO on moves to give the STL a national coverage.

“These allegations of corruption surfaced after (some lawmakers) received complaints from STL operators who paid for their franchise but ended up not getting the rights to operate in their supposed areas,” he said.

According to Suarez, lawmakers have received “unconfirmed” reports that Balutan’s “trusted” subordinates have been bidding out STL franchises at “the right price.”

As such, interested STL operators are said to have been forced to shell out “substantial payments” just to secure the license for a certain area.

“We have heard anecdotes wherein STL franchise applicants supposedly enter the PCSO main office with a bagful of cash, and when they leave, the bags are already empty,” he said.

He said he received reports that one STL franchise holder based in Sultan Kudarat province sold its franchise to two individuals, who later sold 50 percent of the franchise to another individual for P27 million.

Another STL operator in South Cotabato also sold its franchise for P50 million, he added

“We’re not saying that these are verified and true statements. These are allegations,” Suarez said.

The STL is supposed to be an alternative to jueteng. In both, bettors choose two-number combinations—a pair of numbers from 1 to 37 in “jueteng” and from 1 to 40 in STL.

Because the two games have similar mechanics, STL has been used as a front by jueteng operators, according to those opposed to jueteng.

Balutan graduated from the Philippine Military Academy in 1983 and was one of several retired military officers that Duterte appointed to government posts.

During President Gloria Macapagal-Arroyo’s administration, Balutan testified in the Senate on alleged cheating in the 2004 presidential elections that she won, ignoring her directive banning officials from testifying in congressional inquiries.

In January 2018, Sandra Cam, another appointee of the President to the PCSO’s board, accused Balutan of overspending on the PCSO’s Christmas party in 2017.

She also accused him of unduly acting in favor of a company’s bid to be an STL agent, which Balutan denied.

Balutan said Cam’s exposé on the PCSO Christmas party was a “demolition job.”

He said Cam wanted to be chair or general manager of PCSO in order for her friend, Atong Ang, a former gambling buddy of Manila Mayor and ex-President Joseph Estrada, would have a hand in manipulating the systems of the lottery games.