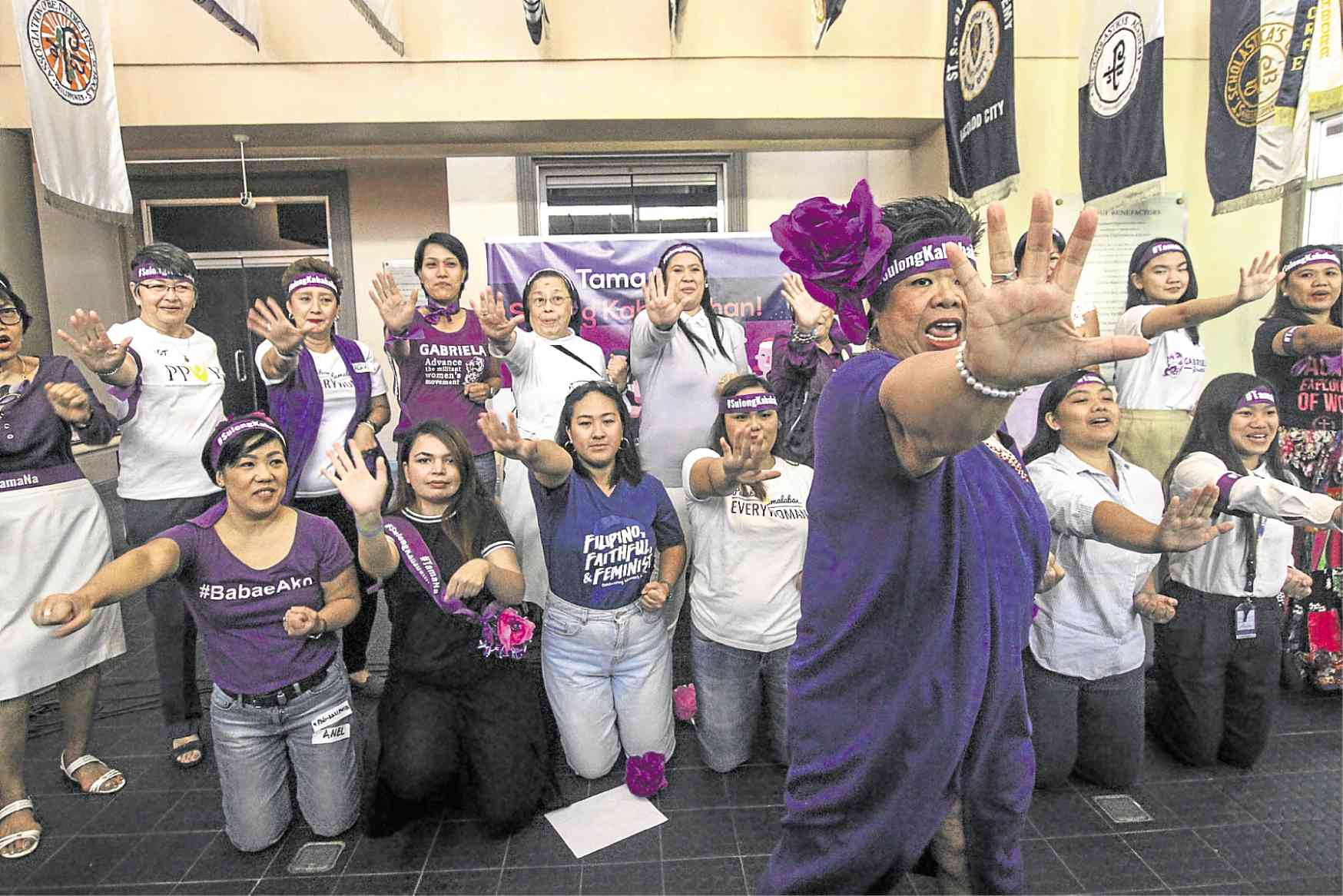 STOPPING MISOGYNY. Women led by activist Mae Paner and Sr. Mary John Mananzan (back row, fourth from left) strike a pose during a press conference on March 7, 2019, in time for International Women’s Day. Spearheaded by a coalition of leaders of various women’s organization,  the United Women’s Action Against Misogyny will march on Rizal Park on Friday, March 8, 2019, to protest what it describes as abuses against women under the Duterte administration. —EARVIN PERIAS

MANILA, Philippines — On the international observance of Women’s Day, the Commission on Human Rights (CHR) called for an end to “misogynistic remarks” and “rape jokes.”

This even if the country’s human rights body commended the administration for the recent enactment of measures that would support women.

CHR Spokesperson Jacqueline de Guia reminded everyone “of the continuing gaps faced by every Filipina and women around the world.”

She said that while laws such as Expanded Maternity Leave Act benefits women, upholding and protection of women’s rights “go beyond pieces of legislation.”

“Genuine appreciation for the worth of women and their rights go beyond pieces of legislation,” De Guia pointed out.

“Women continue to bear the brunt of misogynistic remarks and are often subjects of rape jokes, which, at times, translate to catcalling and other forms of harassment online and in the streets,” she then lamented.

“The ongoing anti-drug campaign equally impacts women in communities—they are forced to single-handedly raise a family when confronted with the loss of fathers, sons, or brothers due to alleged extrajudicial killings,” De Guia said.

The CHR official reiterated that the government must ensure its commitment to ensure women’s rights are sustained.

“May this occasion also stress the obligation of the government to uphold the welfare of women and affirm the commitment to recognize women’s rights as human rights,” De Guia said. /kga