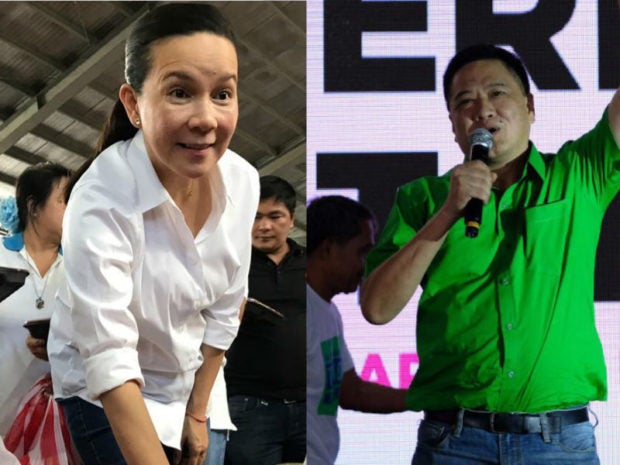 MANILA, Philippines — Senatorial aspirants on Friday expressed their support for women in their fight against abuse and inequality as the country commemorates International Women’s Day.

Reelectionist Senator Grace Poe said that while “doors are opening up for women in many fields,” women should “not settle” and should “show the power we possess” by “elect(ing) the right candidates” in the midterm elections on May 13.

Former congressman and opposition senatorial candidate Erin Tañada for his part called on the government to protect vulnerable Filipina domestic workers in the Middle East from being traded and sold online by their employers, a practice he dubbed as “modern-day slavery.”

The Otso Diretso candidate cited some cases of employers taking an OFW’s passport and work visa, the trading and selling of workers, and widespread illegal recruitment of underage workers as areas of particular concern.

“As I was saying, this is a systemic problem because many countries in the Middle East have the Kafala or sponsorship system in place. Naiipit ang mga OFW natin dahil sa sistema na ito,” he said.

Tañada said under the Kafala system, a “migrant worker is bound to an employer and cannot enter the country, transfer employment, or even return to his or her country of origin without the employer’s consent.”

Because this system makes an employer personally responsible for a migrant worker, the senatorial contender said: “many employers use this as a pretext to unlawfully take a worker’s passport and iqama or work visa.” /kga