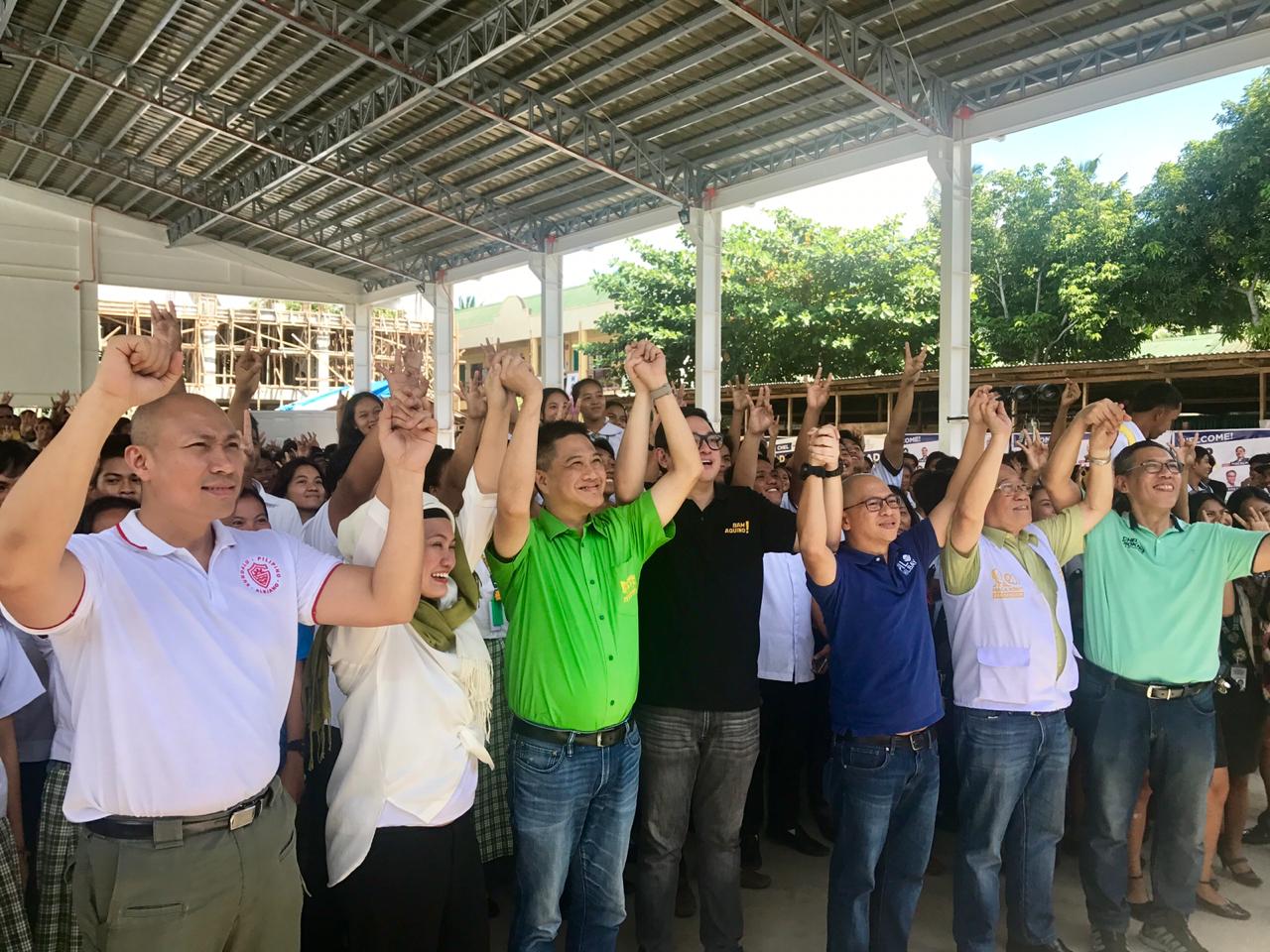 DIGOS CITY, Philippines — Senatorial candidates of Otso Diretso have lamented the decision of the Commission of Elections (Comelec) denying their request for the enablement of a debate with rival bets.

Jimenez said the poll body denied Otso Diretso’s request due to following reasons: 1) granting Otso Diretso’s request would be tantamount to giving preferential treatment to some senatorial candidates or slates; 2) it would be practically impossible, logistically, to conduct meaningful debates involving all 62 candidates, without risking allegations of preferential treatment; and 3) there are considerable time constraints, with only about 2 months remaining.

Tañada believes Comelec can still facilitate the debate if it really wants to.

This way, Tañada said, there will be no “preferential treatment” to any candidate.

“We will not be giving any preferential treatment to any candidate. Two candidates per party. That will lessen the number of participants,” he noted.

Meanwhile, former Solicitor General Florin Hilbay said Comelec’s denial of their request could be tantamount to “abandonment” of its duty to ensure a credible election.

“For the Comelec to deny the request of Otso Diretso, I think is, well, abandonment of their duty to conduct fair, free, and honest elections.”

Reelectionist Senator Bam Aquino, on the other hand, stressed that the debate they are requesting is not for Otso Diretso but for the public.

Marawi civic leader Samira Gutoc shared Aquino’s view. She said Comelec’s decision is a loss for the Filipino people and a blow to voters’ education advocacy.

“The decision of the Comelec is very unfortunate, and the biggest loser in this case is the Filipino people, especially those who will vote on May 13. This is a sad day for the voters’ education advocacy,” Gutoc said in a statement.

Gutoc said debates should be a requirement by the poll body.

Regardless of Comelec’s decision, Gutoc still urged other senatorial candidates to push through with the debate.

“Even with this setback, I ask all the candidates, including those from the administration, to agree to push through with the debate and agree on an independent third party to undertake the event,” Gutoc said.

For veteran election lawyer Romy Macalintal, who is also running for senator under Otso Diretso, it is time to ask the Parish Pastoral Council for Responsible Voting (PPCRV) to facilitate debates.

“Then it’s time for us to request the Parish Pastoral Council for Responsible Voting (PPCRV) to take up the cudgels for the people’s desire to hear candidates from the administration on various issues alongside with the opposition in an open public debate,” Macalintal said in a statement.

According to Macalintal, what Otso Diretso was asking Comelec was for it to “officiate” over the debate.

“We did not ask Comelec to conduct the debate. We merely asked Comelec to ‘officiate’ (over) a debate between Otso Diretso bets against the Hugpong ng Pagbabago and suggest possible terms and conditions,” he explained. /kga