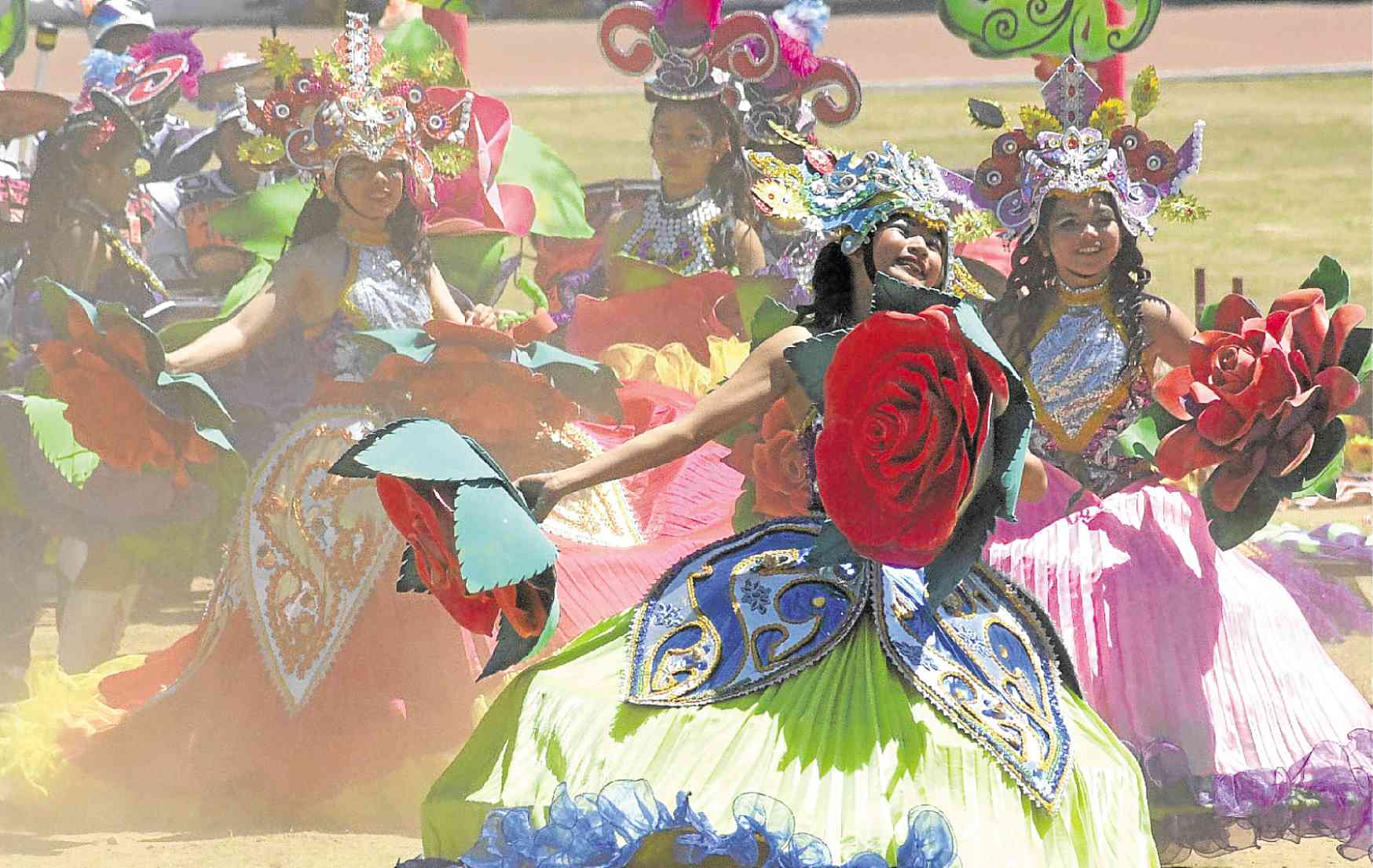 BAGUIO MERRYMAKING The Baguio Flower Festival, which is marking its 25th anniversary next year, has helped bring back tourists to the summer capital after the 1990 Luzon earthquake.

BAGUIO CITY — The city government and organizers of the annual Baguio Flower Festival should help draw up an ordinance to end the controversies that had placed the city in a bad light.

This was the consensus reached following the recent controversy involving the participation of three senatorial candidates in the festival’s grand street dance parade that many said had violated the “no politics” policy enforced by the Baguio Flower Festival Foundation Inc. (BFFFI).

The city council had come out with its own rule that defied the BFFFI policy by welcoming candidates to join the parade.

On Wednesday, Mayor Mauricio Domogan urged the passage of an ordinance that would govern the activities of the Panagbenga, which would celebrate its 25th anniversary next year.

The flower festival was conceptualized in 1995 to help draw back people to Baguio following the devastation wrought by the 1990 Luzon earthquake.

But for the last few years, the festival had been hounded by disputes over its management and revenue-generating projects, among other things.

The proposed ordinance would also establish how the festival should treat candidates when the event falls on an election year.

BFFFI had insisted that since the Panagbenga was a “nonpolitical” event, no political personalities may join in any of its activities, except incumbent local officials.

Despite this, however, senatorial candidates Bong Revilla, Lito Lapid and Imee Marcos were allowed by some city officials to join the street dance parade on Saturday.

“We could not stop them anymore. The city officials allowed them to join their ranks,” Frederico Alquiros, BFFFI cochair, said.

When asked if the ordinance should restrict candidates, Councilor Elmer Datuin, co-chair of the Panagbenga executive committee, said he preferred an “open door policy” for candidates.

“Let’s admit it. They are politicians. They are VIPs (very important persons). Who knows? If they win, they could be our ally in succeeding events. They can always help us in the promotion of Panagbenga in many, many ways,” Datuin said.

The proposed Panagbenga ordinance also sought to resolve conflicts between BFFFI and city officials involving street bazaars put up for the “Session Road in Bloom” segment of the festival.

BFFFI had wanted to streamline the street bazaars by removing stall allocations for barangay in exchange for a P3-million share from the proceeds.

But barangay officials had insisted on running their own stalls to raise funds for village projects, the Inquirer learned. —REPORTS FROM VINCENT CABREZA AND KIMBERLIE QUITASOL