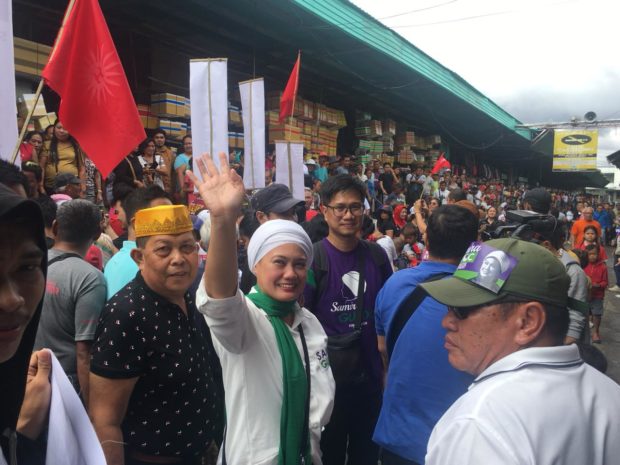 “Itong yellow, yellow at DDS issue, hindi yan issue. Pinagdi-divide yan tayo, [These yellow, yellow and DDS that is not the issue. It only divides us]” Gutoc said during the ceremonial adoption of Saguda Buayan Tribe at Brgy. Labangal, General Santos City.

Gutoc said the real enemy are those who steal the territory in Philippine waters and those policemen who kill innocent people.

(Why Filipinos are fighting? I do not understand yellow versus DDS.)

“Yellow” is known to be associated with the Liberal Party (LP), while “DDS” is in reference to supporters of President Rodrigo Duterte who identified themselves as “Diehard Duterte Supporters.”

Gutoc is gunning for a Senate seat under the Otso Diretso senatorial slate, a coalition of opposition parties.