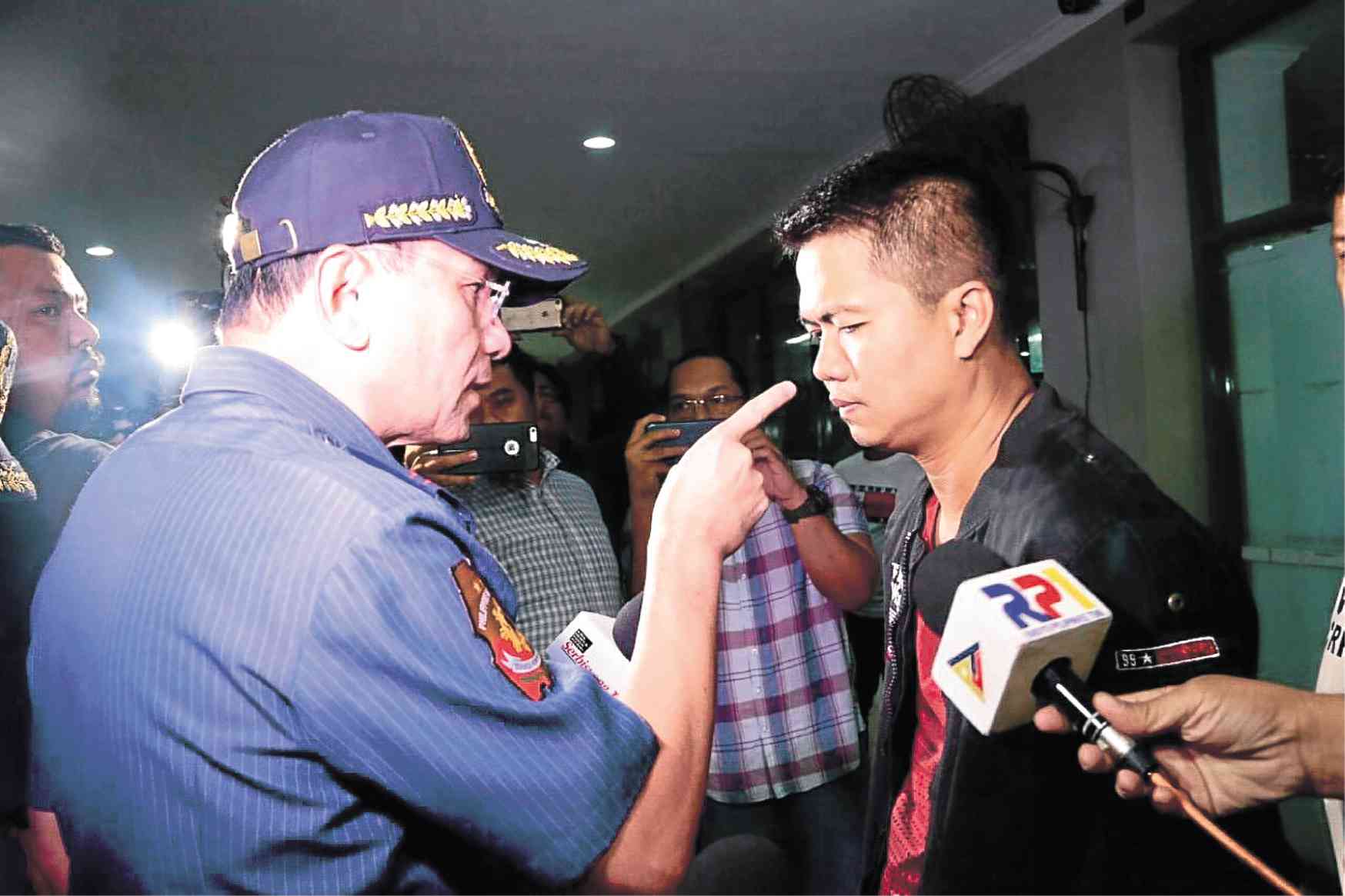 Police Corporal Marlo Sibalo Quibete (right) gets an earful from Major General Guillermo Eleazar, NCRPO chief, after the former was arrested for allegedly extorting money from the live-in partner of an arrested drug suspect. NCRPO PHOTO

(I apologize to the public for the outrage I showed, but I am just a person and as the father of NCRPO, who will not be angered for the stupidity they did?)

Corporal Marlo Siblao Quibete, stationed at the Drug Enforcement Unit of the Eastern Police District, was arrested in Pasig City on Tuesday night for allegedly receiving P20,000 in marked cash form a woman in exchange for dropping drug charges against her live-in partner.

Right after his arrest, Eleazar confronted Quibete at the nearby Marikina City Police Station, and reportedly rained expletives at him.

But Eleazar denied hurting the policeman, as claimed by some media reports.

Eleazar said that he was saddened by the arrest of the suspect, even as the top leadership of the Philippine National Police (PNP) repeatedly warns police officers against engaging in illegal activities.

He said that the PNP has internal cleansing program in place for erring police officers.

(But aside from that, they should fear something. Because you know, the police are the ones the people trust, we implement the law, that’s why betrayal is worst if we ourselves will do it.) /cbb