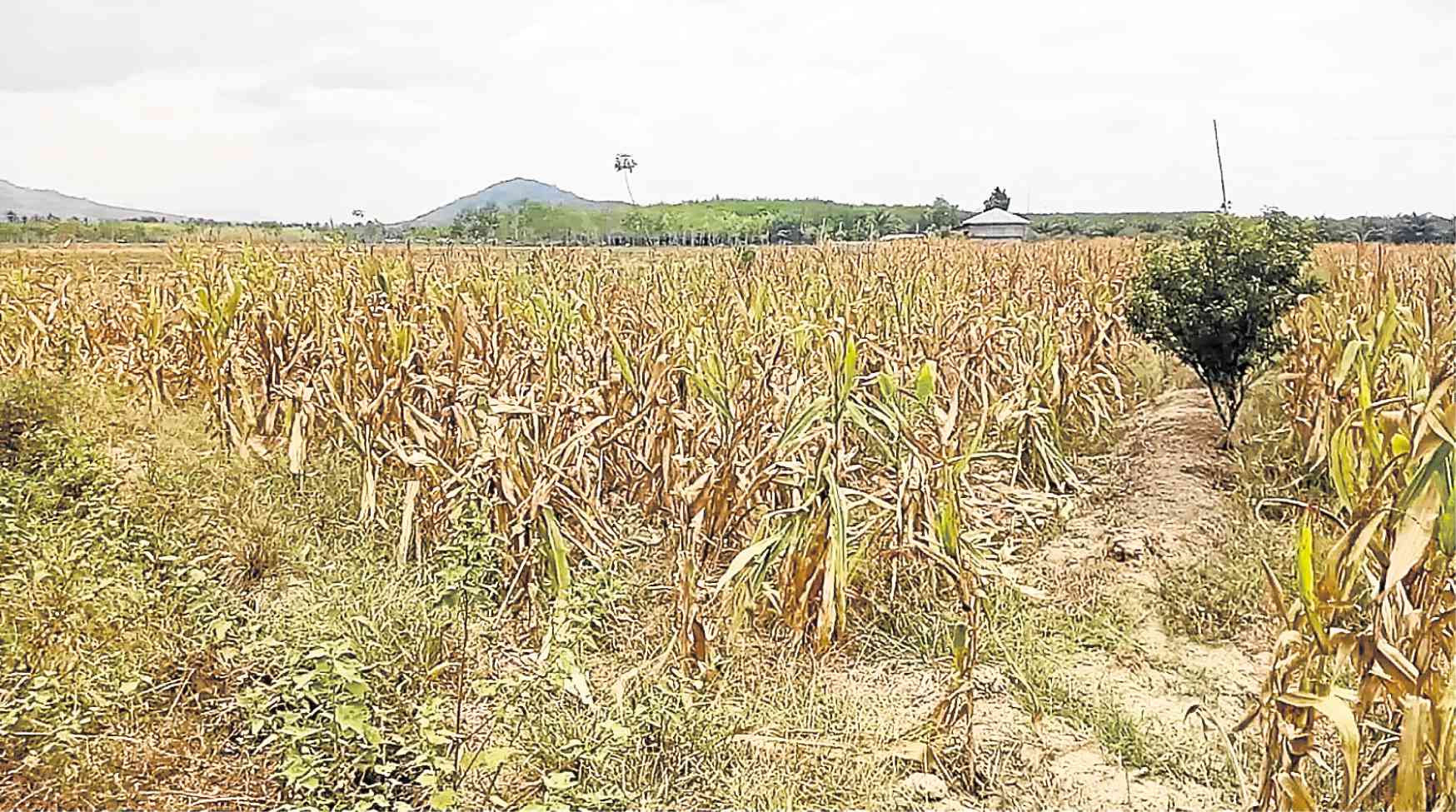 NOT A DROP Agriculture officials are resorting to cloud seeding to induce rains in drought-hit areas in Mindanao, like this corn field in M’lang, Cotabato. —WILLIAMOR MAGBANUA

Milagros Casis, DA regional director, said the agency had been preparing to conduct 40 rounds of cloud seeding in the region starting later this month as part of its preparation and mitigation activities for El Niño.

“The amount will still increase as we are still waiting to complete the damage assessment from the towns of Pikit, Arakan, Magpet and Makilala,” Villaruz said.

The Cotabato provincial government is preparing seedling assistance, which will be distributed to farmers during the planting season, Villaruz said.

Of the 13 towns affected by the dry spell, five had already been declared under a state of calamity. These are M’lang, Tulunan, Pikit, Alamada and Aleosan.

“A weak El Niño condition was predicted to prevail in the region still in July,” he told the Inquirer.

The prolonged dry season being felt in the region has ravaged corn farms in Tulunan, Pigcawayan, Aleosan, Alamada, Libungan and Carmen in Cotabato, Embajador said.

Lack of rain and extreme heat had dried palay farms in the towns of M’lang, Tulunan and Pigcawayan in Cotabato and Esperanza in Sultan Kudarat province, he added.

Embajador said the DA had prepared at least 9,000 bags of palay seeds for distribution to farmers once reports of their losses had been validated by the agency.

He also urged farmers to plant drought-resilient crops like legumes and root crops, such as cassava, camote and watermelon to survive the dry spell.