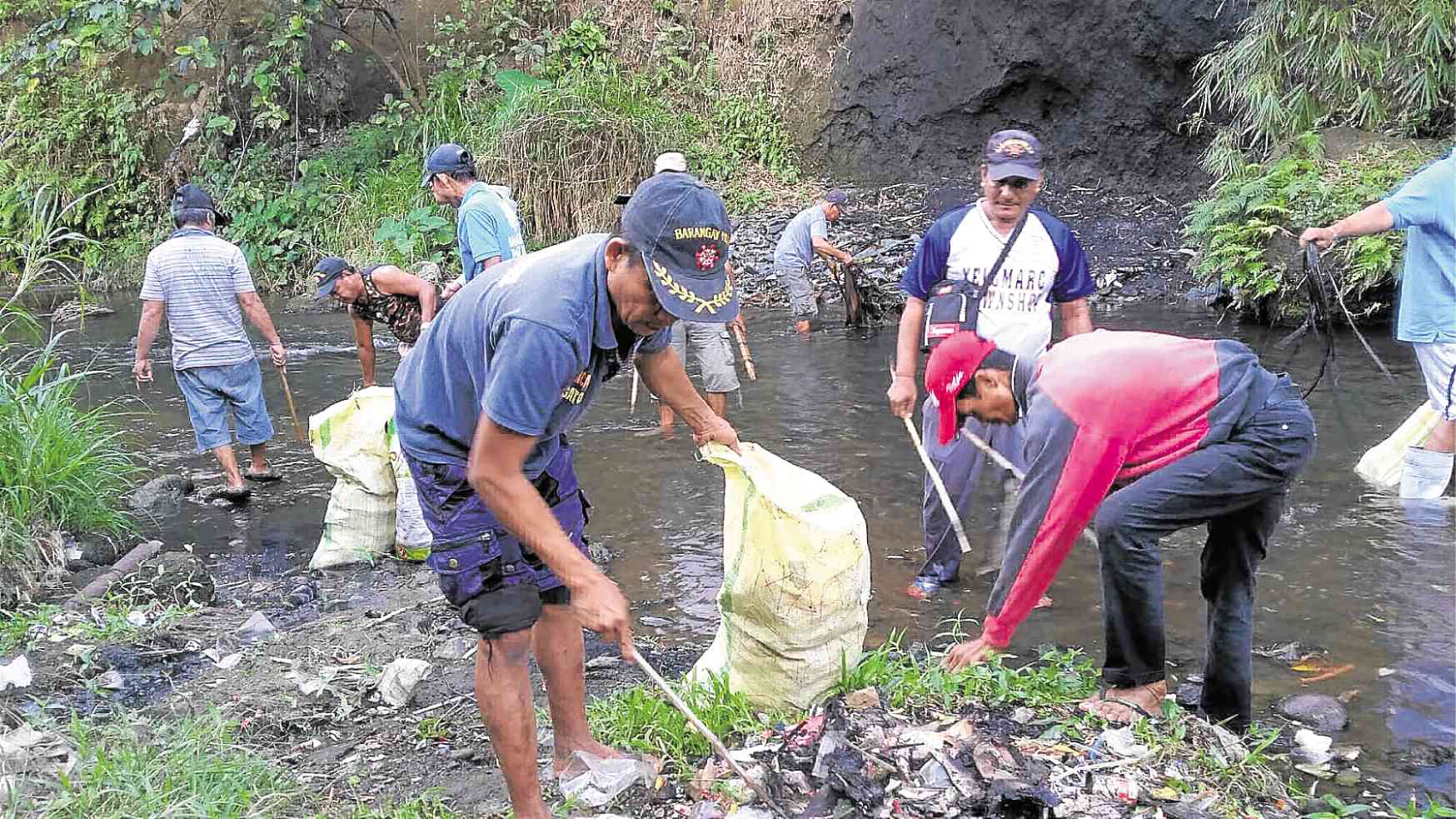 SAN PEDRO CITY — Animal farms operating in Calabarzon (Cavite, Laguna, Batangas, Rizal and Quezon) have been identified by the environment department as a major contributor to the pollution of the region’s major waterways that drain into Laguna de Bay and Manila Bay.

The role of the livestock industry, particularly backyard hog raisers, in water pollution was again raised following a regionwide river cleanup led by the Department of Environment and Natural Resources (DENR) last week.

The DENR traced fecal coliform in the rivers, with the highest concentration found in the 18-kilometer Boso-Boso River that passes through Antipolo City and the towns of Rodriguez and San Mateo, all in Rizal province.

Water sampling in Boso-Boso showed that coliform level was highest midstream, near Antipolo City, at 270 million most probable number per 100 milliliters.

Following the March 1 river cleanup, Maria Paz Luna, DENR regional director, said the agency had identified at least four livestock farms, each “with 70,000 to 100,000 head,” in Rizal for inspection.

In January, the DENR in Calabarzon had issued notices of violation of the Clean Water Act (Republic Act No. 9275) to 210 livestock farms in Batangas province. These farms either allowed animal waste to flow directly into the water or lacked waste treatment facilities.

A group of livestock farmers, however, has asked the national government for some leniency in shutting down animal farms that failed to comply with proper waste disposal.

“We don’t deny that, somehow, livestock production contributes to pollution … but we have to understand that this is a livelihood,” Rep. Rico Geron, who represents the party-list Agricultural Sector Alliance of the Philippines (Agap), said in a telephone interview on Wednesday.

Geron said that given the dipping market price of local meat, as a result of the importation of agricultural products, hog raisers were forced to “prioritize making ends meet over waste management.” 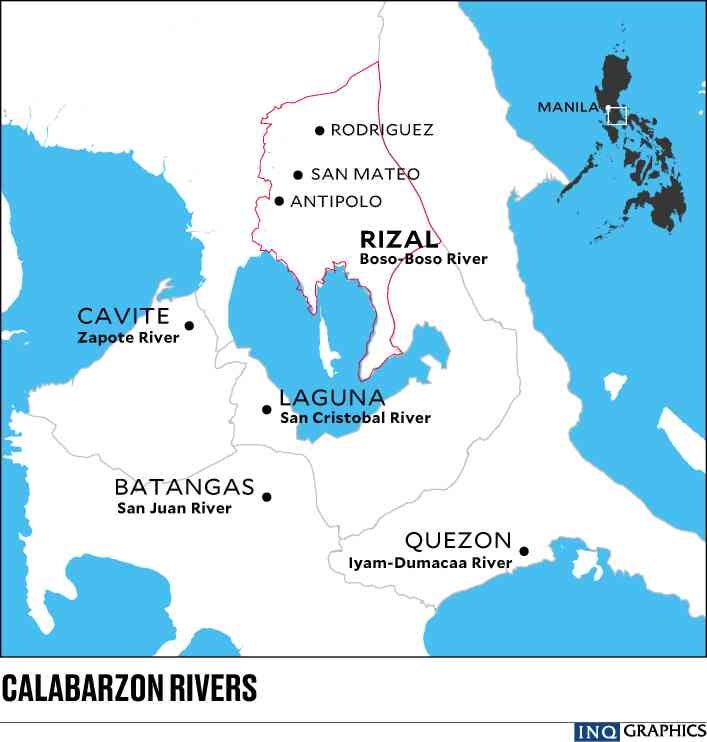 “We support [environmental initiatives], but all we ask is to give [hog raisers] time to improve [their facilities] and comply [with the policies],” said former Agap Rep. Nicanor Briones, in a separate interview.

According to Agap, the P200-billion hog industry supplies 90 to 95 percent of meat for the local market. About 70 percent of livestock farms are also backyard piggeries, each with just five to 100 animals.

Geron said it had been a practice for backyard raisers to put up farms along creeks and rivers as a “convenient” means to dispose animal waste.

“The level of awareness (on waste management) is not that high. To make (environmental rehabilitation sustainable), it has to be a multisectoral approach. Don’t rush things and provide some assistance (to hog raisers),” Geron added.

More than 700 sacks of trash were collected, including used diapers, plastic food cups, cigarette butts and even dead animals.

The five river systems drain into the Laguna Lake and eventually into Manila Bay, whose rehabilitation by the government kicked off in January.

The regional Environmental Management Bureau said sanitary landfills in Calabarzon could not accommodate the large volumes of waste.

Ann Hazel Javier, spokesperson for the DENR Calabarzon, said 36 sanitary landfills were operating in the region but only 13 followed DENR standards.

Javier said these landfills had failed in collecting all of the region’s solid waste. “We continue to monitor (these landfills) as we are to issue notices of violation to noncompliant [facilities],” she said.