Gays? No such thing in our country, says Malaysian Tourism Minister 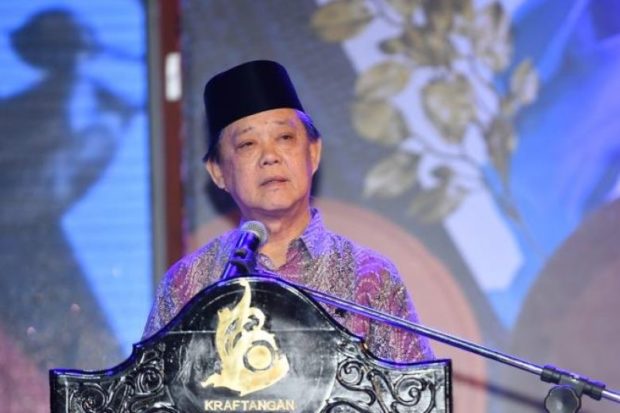 Malaysia’s Tourism Minister Datuk Mohamaddin Ketapi also sidestepped a question of whether Malaysia is a safe destination for homosexuals and Jews. PHOTO: TWITTER / @MKETAPI via The Straits Times/Asia News Network

KUALA LUMPUR – Malaysia’s Tourism Minister caused consternation in Germany when he reportedly said there are no gays in Malaysia.

According to German broadcaster Deutsche Welle, Datuk Mohamaddin Ketapi – who was in the European country for the ITB Berlin travel fair – was asked by the German media whether Malaysia will welcome gays.

“I don’t think we have anything like that in our country,” he said.

Deutsche Welle also claimed that Mr Mohamaddin had sidestepped a question of whether Malaysia is a safe destination for homosexuals and Jews.

An aide to the minister later told news portal Malaysiakini that the statement was Mr Mohamaddin’s personal views although it was in line with the Pakatan Harapan government’s stance of not recognizing LGBT culture.

Nevertheless, the aide, who wanted to remain anonymous, said “tourists coming to Malaysia like any other country are welcome regardless of their creed, sexuality, religion or color.”

Concerns have been mounting in Malaysia, a multi-ethnic country where some 60 percent of the population is Muslim, about a deteriorating climate for the lesbian, gay, bisexual and transgender (LGBT) community.

“In Malaysia, there are some things we cannot accept, even though it is seen as human rights in Western countries,” he had said. “We cannot accept LGBT, marriage between men and men, women and women.”

Islamic affairs minister Mujahid Yusof Rawa too has spoken out against homosexuals and ordered pictures of LGBT activists to be removed from a public exhibition.

The Department of Islamic Development Malaysia (Jakim) has estimated the number of LGBT people in the country to be at 310,000, although it later admitted that the amount has not been verified by the Health ministry.