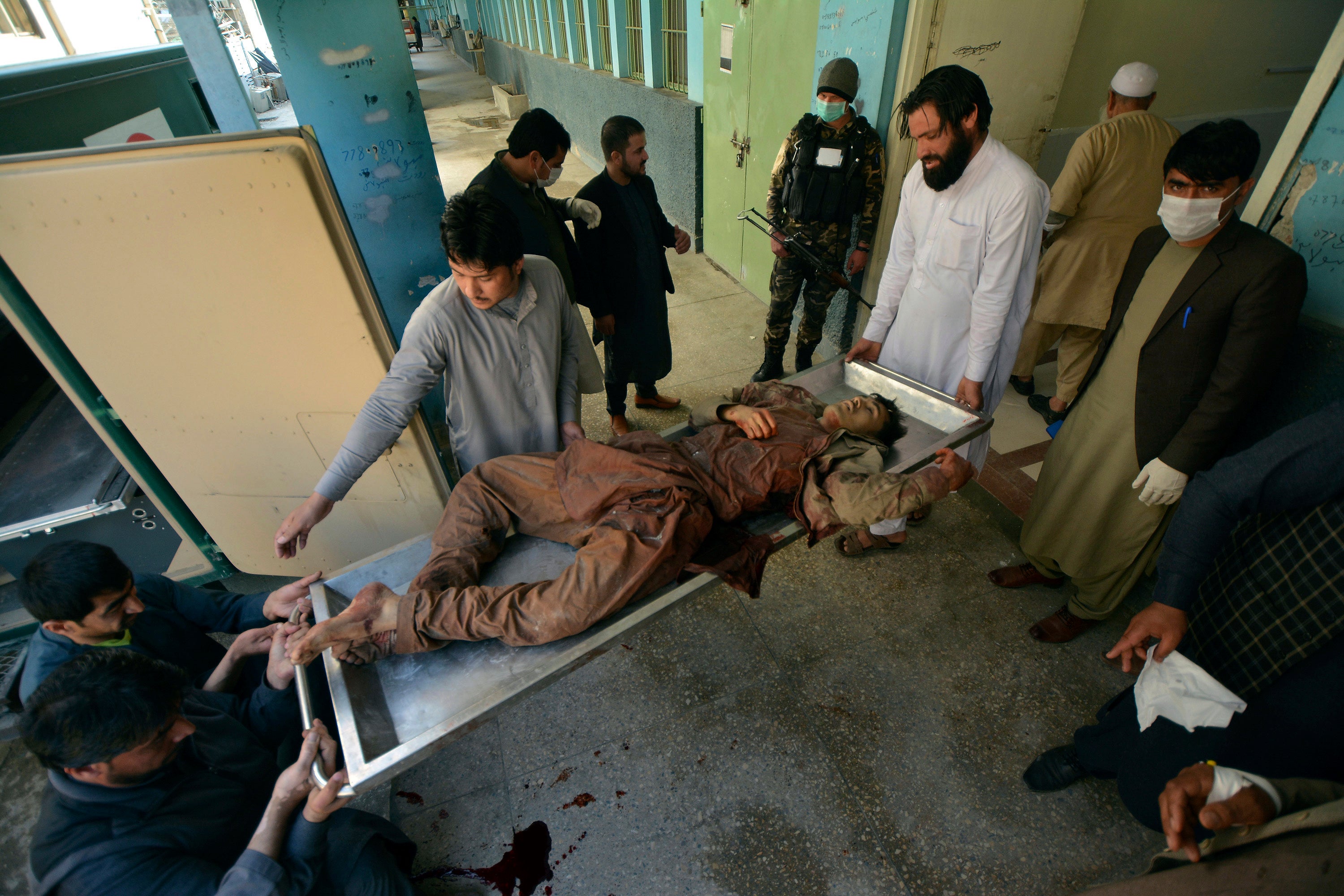 Afghans carry the body of a man who was killed in a suicide attack, at a hospital in Jalalabad province, east of Kabul, Afghanistan, Wednesday, March 6, 2019. An Afghan official said Wednesday that militants set off a suicide blast and stormed a construction company near the airport in Jalalabad, the capital of eastern Nangarhar province, killing at least 16 people. (AP Photo/Mohammad Anwar Danishyar)

KABUL, Afghanistan — An Afghan official said militants set off a suicide blast and stormed a construction company near the main airport in Jalalabad, the capital of eastern Nangarhar province, killing at least 16 people.

The province’s police chief, Gen. Ghulam Sanayee Stanikzai, said five people were also wounded when the bomber, who was on foot, detonated his explosives at the gate of the company on Wednesday morning.

Stanikzai said several other attackers then stormed inside the company where a gun battle is underway, as of this posting. He said the casualty toll could rise further.

The police chief also said that U.S. forces have arrived at the scene.

No one has claimed immediately of the attack but both the Taliban and the Islamic State group are active in eastern Afghanistan, especially in Nangarhar province. /kga