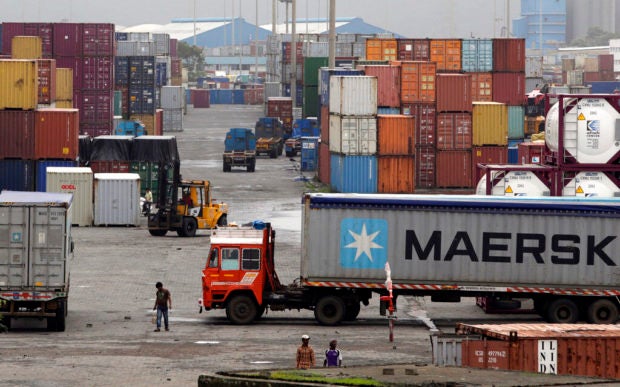 In this June 29, 2017 file photo, containers are piled up at a terminal at the Jawaharlal Nehru Port Trust in Mumbai, India. AP

ANKARA, Turkey — Turkey and India reacted with a mix of anger and resignation Tuesday at the United States’ decision to end a preferential trade program with the countries that will see some tariffs return on goods.

US Trade Representative Robert Lighthizer announced Monday that India and Turkey will within 60 days no longer qualify for a zero-tariffs status that is given to some poor countries to help them grow. The decision came at US President Donald Trump’s direction.

Turkey’s trade minister slammed the decision, saying it would only harm American small- and medium-sized enterprises and manufacturers by raising costs.

Ruhsar Pekcan tweeted on Tuesday that Turkey intends to press ahead with efforts to increase trade with the US to $75 billion “without losing any momentum.”

Turkey imported $20.9 billion in goods under the tax-free scheme in the first 11 months of 2018. It exported $1.74 billion to the US, making Turkey the fifth largest supplier to US among the developing countries.

India said it would accept the decision without further negotiations.

The decision reflects a failure for the two sides to come to agreement on various trade issues, but is not one India will try to fight, said Monideepa M. Mukherjee, a spokeswoman for India’s commerce ministry.

In the announcement, Lighthizer said India had not agreed to open up its markets more to US companies.

Mukherjee said India disagrees over the market access issue, but has outgrown the preferential trade status, called Generalized System of Preferences. The savings on tariffs amounted to only $190 million a year, the ministry said.

“The GSP benefits will go, the US will not relent on this,” said Mukherjee. “It’s meant for least-developed countries, and India has graduated out of that.” India is one of the fastest growing emerging economies.

The Generalized System of Preferences program gives developing countries duty-free treatment for exports of thousands of products. It is meant to help such countries grow their economies by encouraging trade. /ee