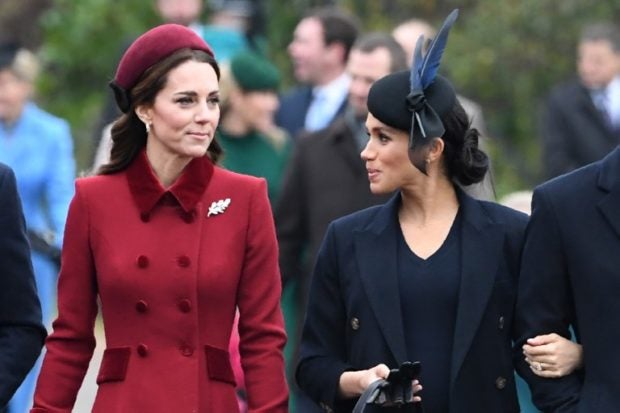 Britain’s royal family on Monday warned trolls on its social media accounts that they will be banned under new guidelines issued following abuse of Kate and Meghan — the Duchesses of Cambridge and Sussex.

Buckingham Palace, Clarence House and Kensington Palace said that they could involve the police if there was a breach of the law.

Under the new guidelines, comments must not “be defamatory… obscene, offensive, threatening, abusive, hateful, inflammatory or promote sexually explicit material or violence.

“We reserve the right to hide or delete comments made on our channels, as well as block users who do not follow these guidelines,” it added.

“We also reserve the right to send any comments we deem appropriate to law enforcement authorities for investigation as we feel necessary or is required by law.”

Almost 1,000 online posts have already been deleted, according to reports.

The royal family has not mentioned any specific online problems, but British gossip magazine Hello! last month reported that royal staff was spending hours every week removing abusive posts sent by ‘rival’ supporters of each duchess, amid reports that the two had fallen out.

Tabloids reported that Meghan made sister-in-law Kate cry during preparations for her wedding last year with Prince Harry.

The family denies a rift, and insists that Harry and Meghan’s plan to move out from living next door to his brother Prince William and Kate is driven by the imminent arrival of their first child, due next month.

It asked users to show “courtesy, kindness and respect for all other members of our social media communities.”