Mom, baby with skin condition kicked out of flight by crew; airline apologizes 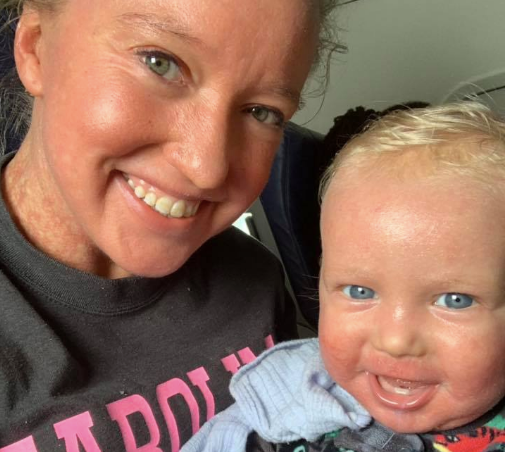 A South Carolina mom and her baby, who share a genetic skin condition and came from visiting her husband from the military, were recently kicked out of a flight by an airline crew.

Jordan Flake and her son Jackson boarded an American Airlines flight from El Paso, Texas to Dallas on Feb. 28 after visiting her husband, as per FOX Carolina on March 1. Flake and Jackson, however, were asked by an airline worker to get off the plane after they were questioned about their “rash.”

Flake has a genetic skin condition called Ichthyosis vulgaris, which she shares with Jackson. The condition, as per Mayo Clinic, causes dead skin cells to accumulate in thick, dry scales on the skin’s surface.

Flake took to social media where she narrated the incident, saying the airline worker was called on by the airline crew to have her and Jackson removed from the plane.

The worker supposedly asked Flake about her “rash” and if she had a letter from a doctor stating it was okay for her to fly.

“I explained to him that it was called Ichthyosis and it was a genetic skin condition. He walked up to the front to talk to the crew,” she wrote via Facebook on Feb. 28. “He apparently also Googled it during that time. He came back and said he apologized but we wouldn’t be able to fly and we had to get off the plane.”

Flake added that “the pilot seemed to be okay with [the situation],” but one flight attendant, without even acknowledging her, rudely said, “Well she doesn’t have a letter from a doctor, so…”

Apart from removing them off their flight, the airline was not able to retrieve Flake and Jackson’s luggage. Fortunately, the airline worker helped them get a hotel and a new flight, this time with a different airline.

“I have never been so humiliated in my life! I have emailed them and am waiting for a reply,” Flake said. “Happy Rare Disease Day! Quit being ignorant and take the time to listen to people! I shouldn’t have to explain myself.”

The airline has since apologized to Flake and Jackson for the incident.

“Our goal at American Airlines is to create a welcoming environment for all of our customers,” the airline said in a statement, as per report. “We sincerely apologize to Ms. Flake and her son for the experience they had yesterday, and our team has begun an investigation into the matter.”

The airline’s customer relations team has also reached out to Flake and gave them a flight upgrade. Cody Cepeda/JB

Passenger slams airline after being ‘slut shamed’ by flight attendant