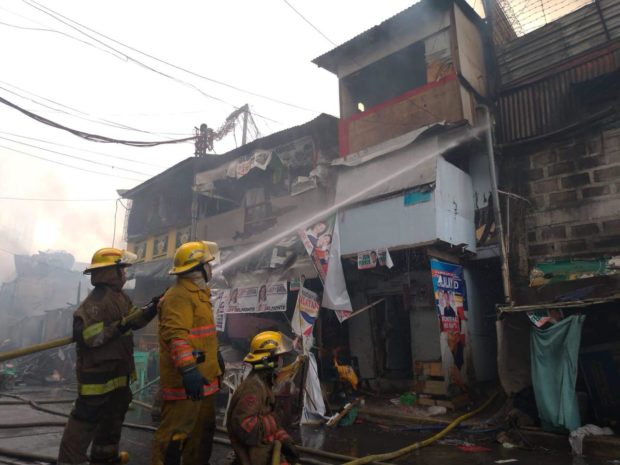 The BFP confirmed to INQUIRER.net the names of the injured civilians as Dionisia Rabago, 57, who suffered a first degree burn in her right arm, while Alex Sarmiento, 45 suffered first degree burns in his left and upper forearm.

According to the BFP, the fire allegedly started at the three-storey residential building owned by Sarmiento.

Initial investigation also revealed that the fire was caused by unattended cooking at the ground floor level.

As of this posting, firefighters are still trying to put out the fire that is now at Task Force Bravo with 50 firetrucks at the site as of 12:41 p.m. /jpv/muf