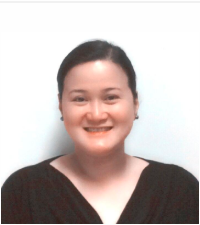 Budget Undersecretary Janet Abuel has been named by President Rodrigo Duterte as the OIC of the DBM. PHOTO FROM DBM WEBSITE

A Bar topnotcher, Abuel is the DBM undersecretary for the Local Government and Regional Operations Group.

Diokno said Abuel holds a master of laws degree from the University of Sydney in Australia and master’s degree in public administration from the Lee Kuan Yew School of Public Policy in Singapore.

President Rodrigo Duterte appointed Diokno as governor of the Bangko Sentral ng Pilipinas (BSP) on Monday night. He will occupy the unexpired term of the late BSP governor Nestor Espenilla Jr. which will end on July 2023. /cbb