Palace assures people: Impunity has no place in Duterte admin 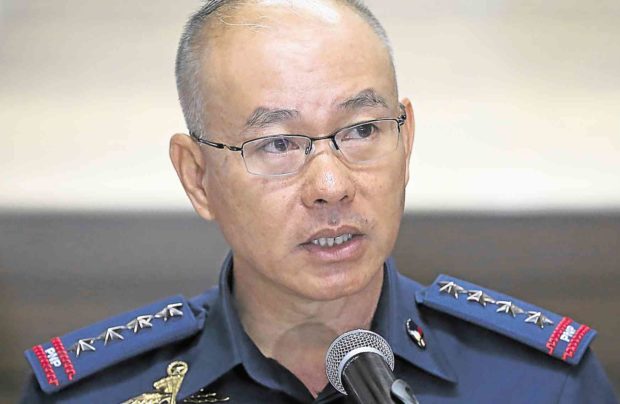 There is no place for impunity in the Duterte administration, Malacañang said on Monday.

Presidential spokesperson Salvador Panelo said the Palace understood the people’s concern after a survey showed that the majority of Filipinos were worried that they or someone they know might end up being victims of extrajudicial killings (EJKs).

“We understand this concern of our people given the grossly inflated number of drug-related killings falsely peddled and grotesquely sensationalized by the incorrigible critics of the government’s campaign against prohibited drugs,” Panelo said.

“Impunity has no place in the Duterte administration, nor can it find sanctuary elsewhere,” he added.

A Social Weather Stations (SWS) poll conducted on Dec. 16 to 19 showed that 78 percent of Filipinos were worried about becoming victims of EJKs in the government’s war on drugs.

President Duterte vowed last month a “harsher” antinarcotics campaign, as he raised his estimate of the number of drug addicts in the country to between 7 and 8 million.

But the Philippine National Police said the SWS methods was “irresponsible.”

“There is something amiss with how the questions are framed … The survey missed the crucial point of determining the respondents’ awareness of EJKs, or at the very least providing a briefer defining EJKs,” General Oscar Albayalde, the PNP chief, said at a press conference at Camp Crame.

The question SWS posed was, “How worried are you that you or anyone you know will be a victim of ‘extrajudicial killing’ or EJK?”

Respondents were given the choice answers “very worried,” “somewhat worried,” “not too worried” and “not worried at all.”

“What we humbly ask is [for the SWS to] be socially responsible. What are we trying to prove to our countrymen? And in the first place, until now, no EJK has been proven,” Alabayalde said.

Panelo said the government “does not tolerate EJKs nor knowingly allow them to happen.”

He assured the public that law enforcers would be severely punished for any abuses committed during antinarcotics operations.

“The President’s position on any abuse committed by police officers and Philippine Drug Enforcement Agency agents during their operations remains unchanged and immovable. Any transgression by them will reap the severest punishment imposed by law,” Panelo said. —JULIE M. AURELIO AND JAYMEE T. GAMIL