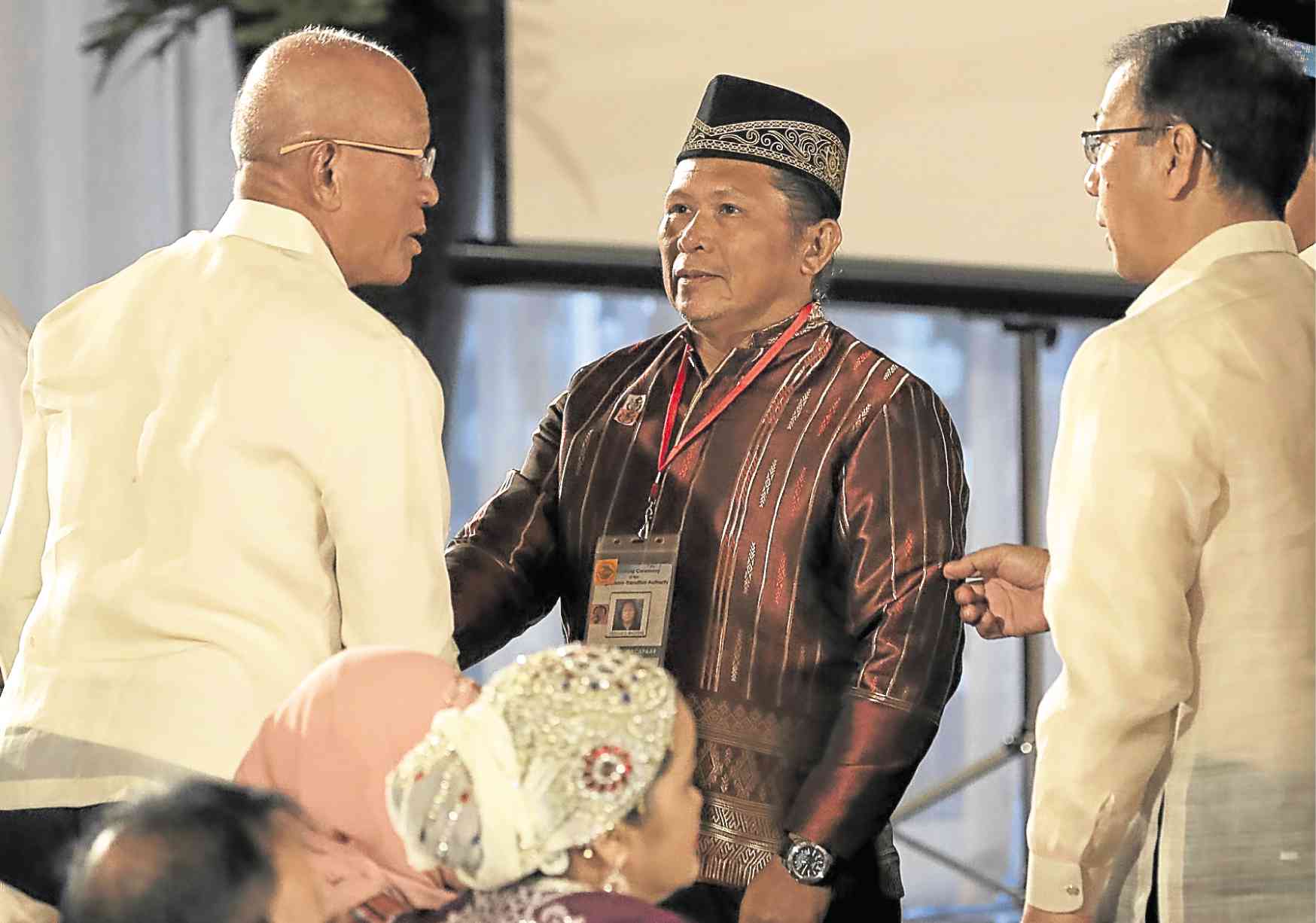 NEW ROLE Moro rebel commander Abdullah Macaapar, better known as the battle-tested Commander Bravo, is taking on a new role as a member of the interim body that will govern the new autonomous Muslim region formed as part of the peace deal to end decades of Muslim insurgency in Mindanao. —AP

Abdullah Goldiano Macapaar, popularly known as Commander Bravo, created a stir when he was named among the 80 members of the interim government of the new autonomous Muslim region called the Bangsamoro Transition Authority (BTA).

Coming down from his mountain lair in Mindanao, Bravo for the first time stepped into the halls of Malacañang where he was sworn into office by President Duterte last week.

But in the recent campaign for the ratification of the Bangsamoro Organic Law (BOL) that would establish the new Bangsamoro Autonomous Region in Muslim Mindanao (BARMM), Bravo drew attention not for his belligerence but for going all out to push for the yes vote in the plebiscite and for the inclusion of six Lanao del Norte towns in the BARMM.

Exposed to war at 11

Bravo, 58, is no stranger to fears of ordinary folks about armed conflicts. As early as when he was just 11 years old, he experienced what it felt like to be in the middle of a war.

He grew up in the village of Delabayan in Kauswagan, the youngest of the six children of the late Sultan Macapaar and Habiba Goldiano, a native of Ozamiz City, according to Ithna Ashariy-Imamiyyah L. Sanguila, a history major at Mindanao State University-Iligan Institute of Technology, who wrote Bravo’s life story for her thesis.

In 1971, clashes broke out in Lanao del Norte between the Moro armed group called Barracuda and Ilaga, the Christian paramilitary group allied with the military, forcing Bravo’s family to seek refuge in a forest.

“I and my parents ran to hide in the forest but even there, we were bombed by soldiers,” Bravo said in an interview with the Inquirer.

“Several of my relatives died, our houses and properties were burned and destroyed,” he said.

Bravo was a Grade 4 student at the time and he was forced to quit school.

After that “war,” he joined the Moro National Liberation Front (MNLF).

During training in 1973, he and the other recruits were each required to have an alias.

“I chose the name of Bravo because I was fond of the radio drama ‘Diego Salvador.’ Bravo for me, then, meant victory,” he said.

In 1983, he was deployed as a volunteer Muslim fighter in Afghanistan where he fought for almost three years alongside the Afghan mujahideen who were resisting Soviet invaders.

Back in the Philippines, Bravo began to develop the reputation of an outspoken guerrilla commander with his fiery rhetoric. He was often seen in camouflage uniform and armed with an assault rifle and grenades.

On March 15, 2000, he received a text message from his comrades telling him to be ready for combat as a platoon of Army Scout Rangers had been sighted in Inudaran, another Kauswagan village.

Bravo’s notoriety was repeatedly mentioned by the ruling Dimaporo clan of Lanao del Norte who campaigned against the inclusion of the province’s six towns in BARMM.

The rebel commander was among several who were hunted down by the military who attended the Malacañang ceremony to take their oaths as leaders of the interim government.

Peace Undersecretary Nabil Tan said the government was preparing an amnesty package for Moro rebels who would decommission their weapons under the 2014 peace deal.