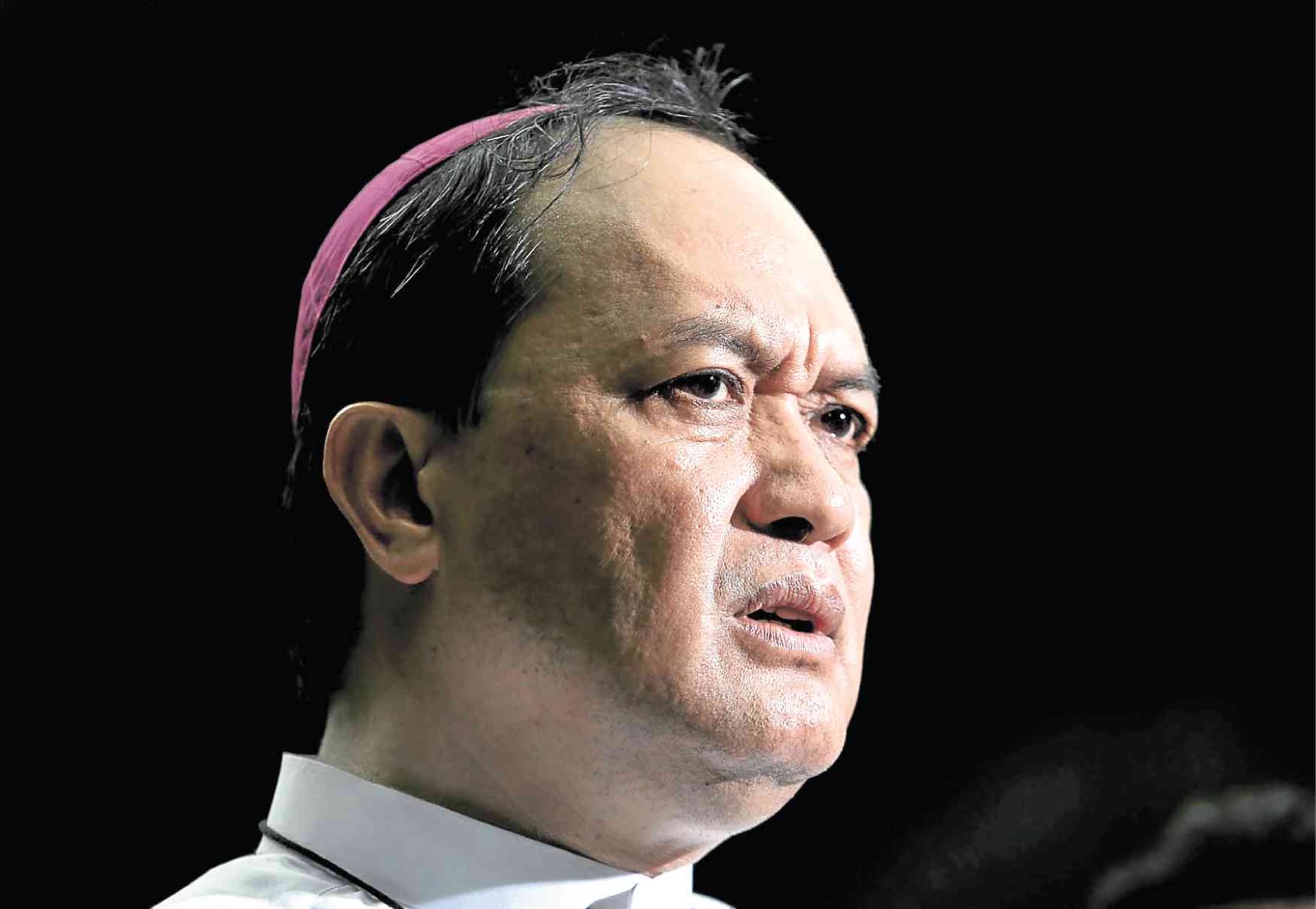 The Diocese of Kalookan was supposed to hold a celebration for Bishop Pablo Virgilio  “Ambo” David’s 60th birthday. But on the eve of it, a prayer vigil was organized for the bishop who revealed just five days ago that he has been receiving death threats.

The San Roque Cathedral, the seat of the diocese, responded with a prayer vigil for David on March 1.

It coincided with the first Friday Mass. David, a vocal critic of extrajudicial killings (EJKs), turned 60 on Saturday, March 2.

Church leaders and parishioners flocked to the cathedral to hold vigil for David.

“More than anything else, I know that what Bishop Ambo needs most of all are prayers to protect him from all kinds of dangers,” said Aurora Santiago, head of Council of the Lady of Caloocan.

Santiago said the diocese was supposed to celebrate Mass presided over by David himself to be followed by a feeding program for children.

The festivities, however, took a different twist.

David announced that death threats had been hounding him, forcing him to cancel his Feb. 26 appearance at De La Salle University to receive the Ka Pepe Diokno Human Rights Award.

“For over a week now my mobile phone has been buzzing with text messages written in screaming and capital letters telling me that I was next in line for execution,” said David in a letter read by his brother, Randy.

“Well-meaning friends, who are worried for my personal safety, have advised me not to take this threat lightly,” David added.

Santiago said she met David on Thursday to discuss the cancellation of some of the birthday activities due to “security reasons.”

The Mass presided over by David did not push through but the feeding program for children did.

Santiago said she hoped the bishop would be able to continue his projects which included livelihood programs for widows of extrajudicial killing victims.

The threats against David was also taken up by the Ecumenical Bishops’ Forum (EBF), a group of leaders of different Christian denominations.

EBF, in a statement, said President Duterte can’t wash his hands of the threats made against David by merely telling people to lay off Church leaders.

Mr. Duterte said Church people were not the enemies in his war on drugs so they should not be attacked.

It was a turnaround from his earlier statement inviting bystanders to attack bishops and steal from them.

“We suspect that President Duterte’s real intention is to protect himself from any accountability should evil befall the bishop,” EBF said.

EBF urged Mr. Duterte to end the persecution of “those who uphold the people’s aspirations for just peace, development and democracy” and to stop attacks that “curtail people’s rights.” —WITH A REPORT FROM MARIEJO S. RAMOS

Read Next
Commander Bravo: Child of war, fiery rebel, Moro exec
EDITORS' PICK
Cebu City closes its borders
BREAKING: 1,075 people in PH has coronavirus disease – DOH
Style and music journeys with Claudia Barretto
DILG to stranded workers: ‘Stay where you are’ until Luzon-wide quarantine is over
UP-PGH wards for COVID-19 patients finished in 5 days
IATF: Food firms to operate with 50% of workforce during Luzon quarantine
MOST READ
Pacquiao to seek probe on leaked private letter from Barangay Dasmariñas
Processing and release of 2020 UPCAT results suspended due to ECQ
Tootsy Angara bares neighbor wanted them out of village
593 health volunteers sign up to fight COVID-19, says DOH
Don't miss out on the latest news and information.