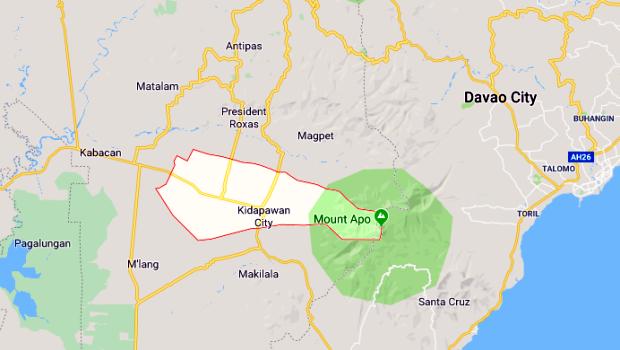 KIDAPAWAN CITY – The city government here is eyeing the temporary closure of the Mount Apo trail during the summer months to prevent grass and forest fires that could easily be triggered by careless trekkers because of the onset of El Niño.

As grasses in the jungles at the foot of Mount Apo started to dry because of extreme weather, Mayor Joseph Evangelista ordered the City Disaster Risk Reduction and Management Council (CDRRMC) to study the possibility of putting up a wider “fire line” around the country’s highest peak.

But he said even with a fire line broader than the existing 10 kilometers by 4 kilometers, it would still possible forest fires to break out because of the carelessness of some climbers.

“We put that proposal [to close Mt. Apo] under evaluation, especially now that there’s a forest fire in Gambudes, Arakan,” Evangelista said, referring to the fire that broke out in an oil palm plantation in Arakan town. “We are sending a team to evaluate the Kidapawan trail.”

The mayor added the city government will meet with officials of the Protected Areas Management Board (PAMB) on March 5 to study the proposal.

While waiting for the decision of the PAMB and the Department of Environment and Natural Resources (DENR), the Kidapawan City Tourism started gearing up for the annual Mount Apo trek, dubbed as Apo Sandawa Climb, which is scheduled for the Holy Week.

Joey Recimilla, city tourism officer, said his office would open the Kidapawan trail to climbers for the Lenten climb but only to a limited number.

In 2016, hectares of Mount Apo’s forest and grasslands were gobbled up by a fire that raged on for about month, something that local officials would want to prevent from happening again.

Recimilla said the city trails would be ready to accommodate the agreed 50 trekkers per day to the peak.

This would allow at least 200 climbers using the city’s various trails.

This was the climbing capacity set by the Mount Apo Natural Park PAMB. Recimilla said everything was already in place for the trek, and even trails along the towns of Magpet and Makilala were ready to accommodate trekkers.

“We are [limiting the number of tourists] to protect the mountain and to ensure the safety of our trekkers,” Recimilla said.

The annual Lenten climb to Mount Apo can benefit at least 100 porters and more than 30 local tourist guides, mostly indigenous residents of the place.

Porters and tourist guides earn at least P1,000 each a day, a big contribution to the local economy, Recimilla said.

Since the 2016 forest fire, the government has established a 10-kilometer by four-kilometer fire line to keep the city trails leading to Lake Venado safe.

Recimilla is optimistic that climbers will flock to Kidapawan, especially as trails in other areas, such as those in Davao City, Bansalan, Santa Cruz and Digos, could possibly be closed due to the scarcity of water sources leading to the peak. /atm