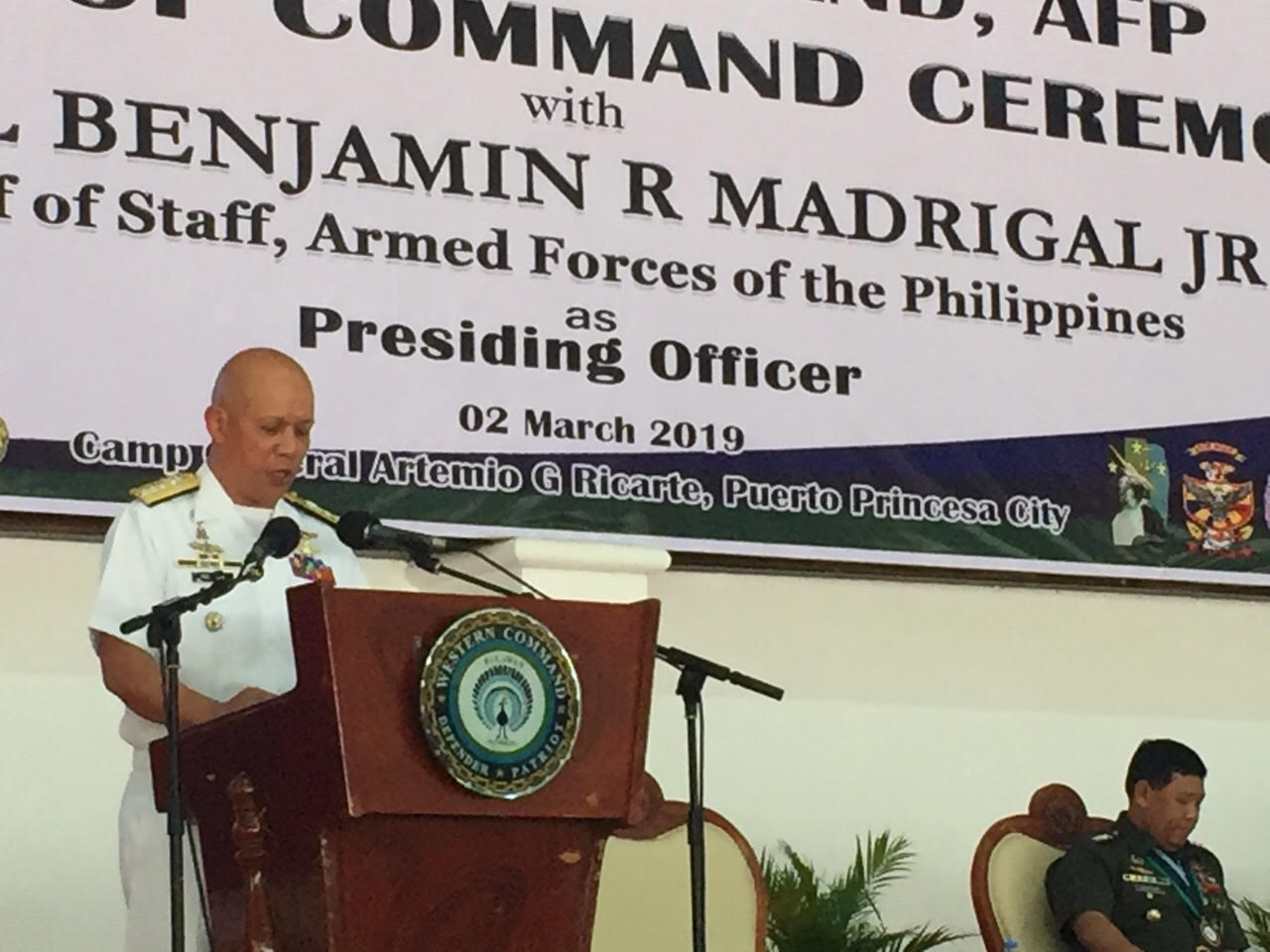 MANILA, Philippines — The unit of the Armed Forces of the Philippines (AFP) which is directly in charge of securing the country’s claims in the West Philippine Sea (South China Sea) now has a new commander.

A member of the Philippine Military Academy “Sinagtala” Class of 1986, Medina was the commander of the Naval Forces Western Mindanao prior his new designation.

His unit played a key role during the Marawi siege in 2017. At the Philippine Navy anniversary in 2018, Naval Forces Western Mindanao was named as the Naval Operating Forces of the Year.

Rear Admiral Erick Kagaoan, who stepped down as the Philippine Navy’s chief of naval staff earlier this week, will be replacing Medina as the commander of the Naval Forces Western Mindanao.