Gordon reminds Duterte to be careful on remarks vs bishops, priests 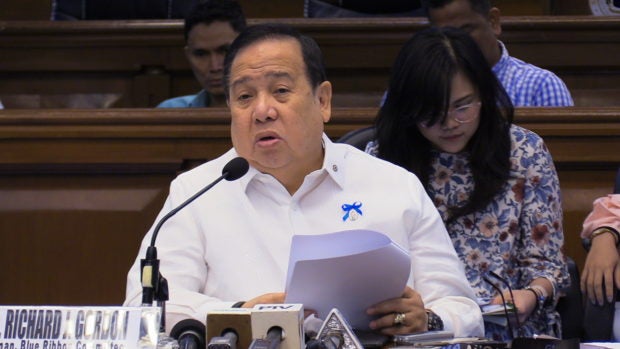 MANILA, Philippines — President Rodrigo Duterte must be careful on his statements against religious leaders such as urging public to kill bishops and priests, Senator Richard Gordon said on Saturday.

Gordon was reacting on the news bared by Duterte in a text message from Manila Archbishop Luis Cardinal Tagle saying that Caloocan Bishop Pablo Virgilio David and other priests have received death threats.

With this, Duterte then ordered to not threaten the lives of bishops and priests, saying his fight with the Catholic Church is “personal.”

Gordon also reminded the President not to “fall on his own sword” as he might get blamed for the issue.

In December 2018, the President intensified his attacks against the religious leaders as if urging the public to assassinate them.

“[I]tong mga obispo ninyo, patayin ninyo. Walang silbi iyang mga gagong iyan. All they do is criticize,” he said in his speech. /jpv