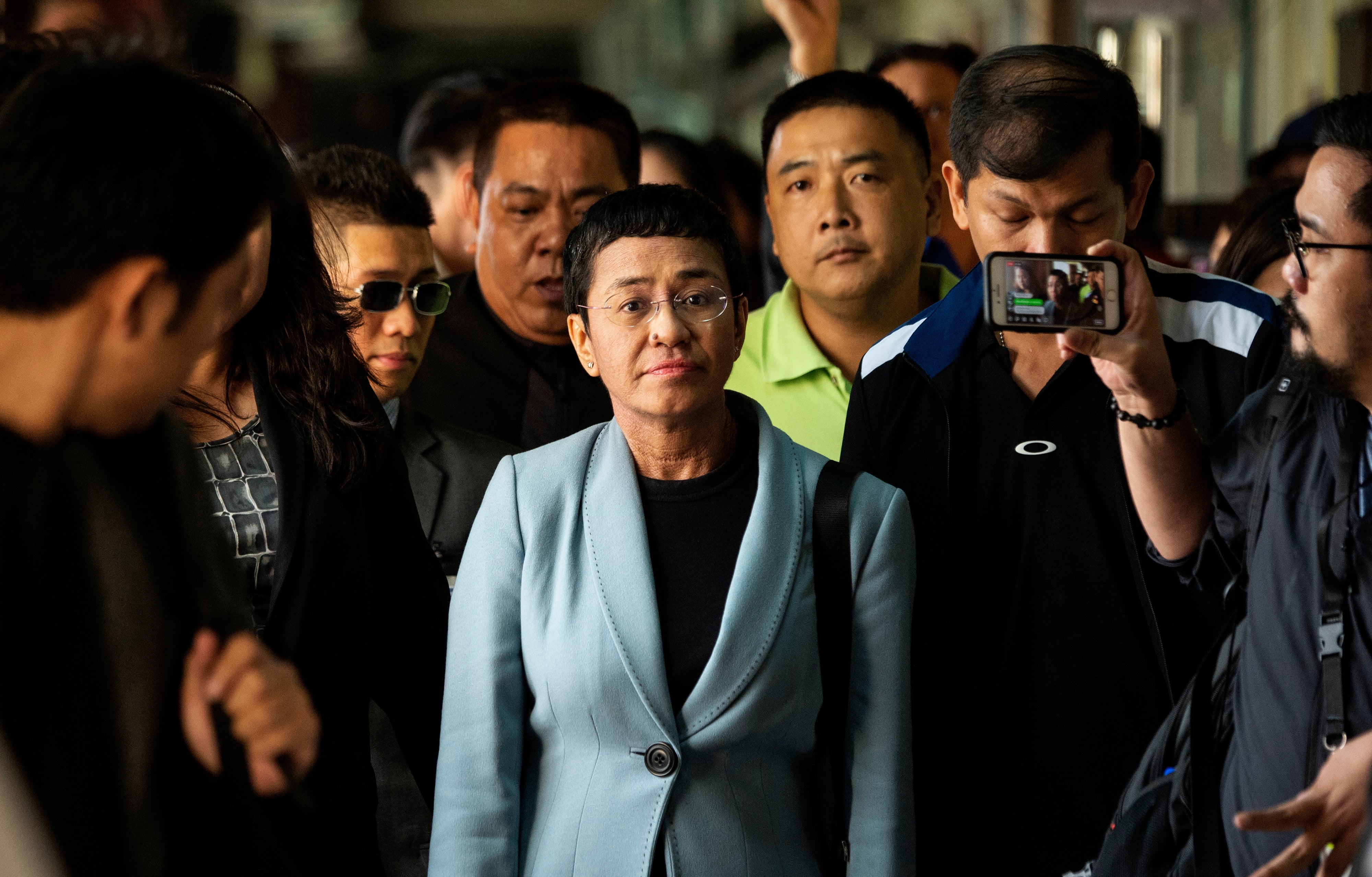 During Friday’s hearing, the Manila RTC Branch 46 deferred the arraignment to give state prosecutors 10 days to respond to a motion to quash filed by Ressa and Santos.

Ressa and Santos, through the Free Legal Assistance Group (FLAG), have sought the dismissal of the cyberlibel case.

FLAG said both Ressa and Santos could not be prosecuted for an offense that did not exist when the questioned article was posted online.

After the prosecution submits its comment, Ressa and Santos have five days to reply.

Arraignment is set for April 12.

The article subject of the cyberlibel case was written by Santos in May 2012 claiming that businessman Wilfredo Keng lent his sports utility vehicle to then Chief Justice Renato Corona.

Apart from this, the story also cited an intelligence report which said Keng had been under surveillance by the National Security Council for alleged involvement in human trafficking and drug smuggling.