Even if US gave assurance it will defend PH in case of armed attack in South China Sea
By: Nestor Corrales - Reporter / @NCorralesINQ
INQUIRER.net / 02:24 PM March 01, 2019 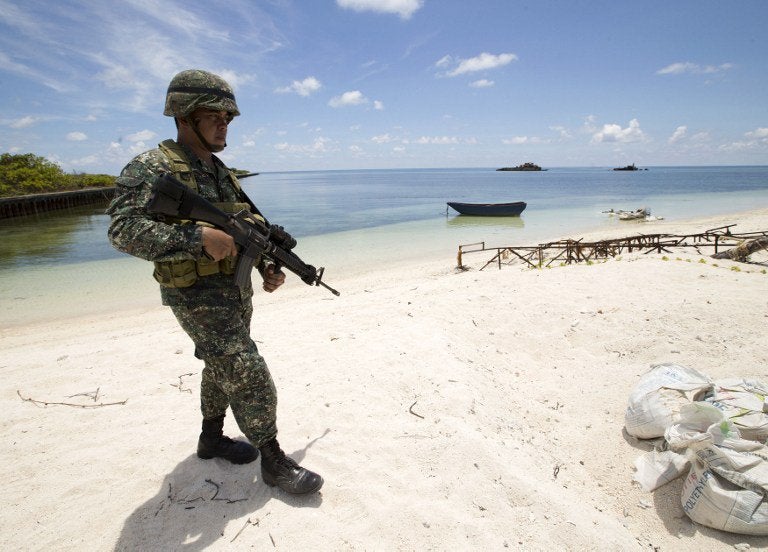 MANILA, Philippines – Malacañang on Friday said there is still a need to review the 67-year-old Mutual Defense Treaty (MDT) in spite of the assurance made by Secretary of State Mike Pompeo that the United States remains committed to defending the Philippines in the South China Sea dispute.

In a press briefing a day after his arrival here, Pompeo said “any armed attack on the Philippine forces, aircraft or public vessels in the South China Sea, will trigger mutual defense obligations under the mutual defense treaty.”

Presidential Spokesperson Salvador Panelo said the government was “pleased” with the policy statement of the US. However, he also said, the Philippines would still need to review the MDT, as “there may be some kinks in that treaty that needs to be clarified.”

“There may be some kinks in that treaty that needs to be clarified. So I think there is still a need to review [the treaty] despite the policy statement,” Panelo said in a Palace briefing.

“We will have to evaluate. But we are pleased to know that the US has made a policy statement with respect to attacks on Philippine vessel to be deemed as an attack against the US,” he added.

Defense Secretary Delfin Lorenzana said in December 2018 that there was a need to review the treaty following the ambivalent stand of the US on the South China Sea dispute.

“I am sure Secretary of Defense Lorenzana would want to review despite the pronouncement,” Panelo said.

In his joint press briefing with Pompeo, Locsin said he no longer sees the need to review the MDT, saying he was “assured” and “confident” of the US support to the Philippines in relation to the South China Sea row.

“You know why he said that? Because this is the first time the US made a policy statement that any assault, attack on any Philippine vessel would trigger the application of the Mutual Defense Treaty,” Panelo said.

The Palace official recalled that the US previously could not give a categorical commitment to the Philippines in case of an armed attack in the South China Sea.

Asked if the assurance of the US to the Philippines would continue even after the Duterte administration, Panelo said: “Since that is the policy of the US government presently, then that will continue unless the treaty is revised.” /kga

Read Next
Gunman kills elderly couple in Apayao
EDITORS' PICK
Full operation of more sectors, businesses pressed to spur economy
Duterte not keen on extending term — Palace
We don’t want gov’t to fail, because it’s all of us who will suffer and die — Robredo
Smart poised to turn PH into ‘Smart 5G country’ with nationwide rollout
Water remains our saving grace right now
Get 80% OFF Ignite 2020 Cyber Tickets starting 28 September
MOST READ
Mayor Treñas tells Locsin: Iloilo City is much better than what you think
Palace: Some cities in Metro Manila eligible for MGCQ
Fernandez: Velasco camp ‘betrayal’ pushes call to retain Cayetano as Speaker
Palace allays Robredo’s concerns on China-based pages
Don't miss out on the latest news and information.