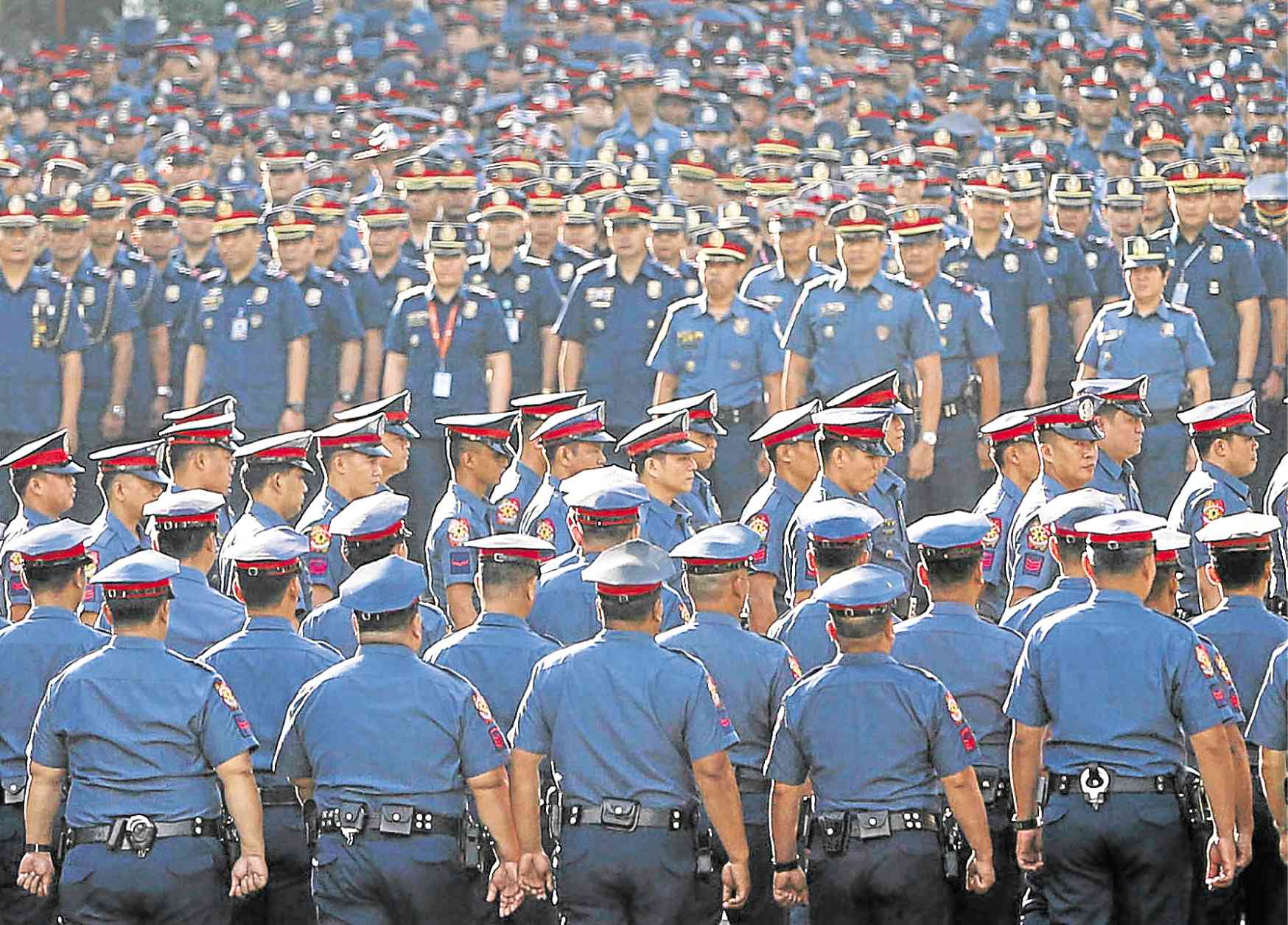 NO EXCEPTIONS Malacañang says there are “rotten eggs” in any organization, including the police.

The majority of Filipinos believe that the police are involved in the illegal drug trade and extrajudicial killings (EJKs), and are planting evidence against drug suspects, a Social Weather Stations (SWS) survey indicated.

The noncommissioned survey, conducted from Dec. 16 to 19 last year, found that 68 percent of respondents believed that it was “definitely” or “probably true” that police were involved in the illegal drug trade, while 26 percent were undecided.

Only 5 percent said it was “definitely” or “probably not true.”

In Malacañang, presidential spokesperson Salvador Panelo acknowledged that there are “rotten eggs” in any organization, but the government has “zero tolerance” for policemen involved in illegal activities.

“As (President Duterte) himself said, ‘There will be hell to pay if you become worse than criminals,’” Panelo said.

The majority sentiment about police involvement in the drug trade was expressed in Metro Manila (75 percent), Balance Luzon (68 percent), Mindanao (67 percent), and the Visayas (66 percent).

Across geographical areas, 72 percent of Metro Manila respondents believed police involvement in EJKs, followed by Balance Luzon with 67 percent, and the Visayas and Mindanao, with 63 percent each.

As for police planting evidence against drug suspects, 58 percent of respondents said this was “definitely” or “probably true,” while 33 percent were undecided.

Only 9 percent said it was “definitely” or “probably not true.”

Such belief seems to be shared nationwide—among 59 percent of respondents in both Metro Manila and Balance Luzon, and 56 percent in both Visayas and Mindanao.

Interestingly, the same proportion of respondents—28 percent—expressed either trust or disbelief in the police’s claim that those killed in the government’s antidrug campaign had resisted arrest. Only about two in five were undecided.

The survey used face-to-face interviews with 1,440 respondents, and has a margin of error of plus or minus 2.6 percentage points.

At a Senate forum on Thursday, Sen. Nancy Binay said that even Duterte himself had admitted difficulty stamping out the illegal drug problem because of the involvement of some policemen and soldiers.

At the same time, the reelectionist senator defended the Philippine National Police and said it was doing its best to rid its ranks of scalawags.

The SWS survey results were released after Duterte vowed a “harsher” war against illegal drugs earlier this week.  —REPORTS FROM INQUIRER RESEARCH AND JULIE M. AURELIO