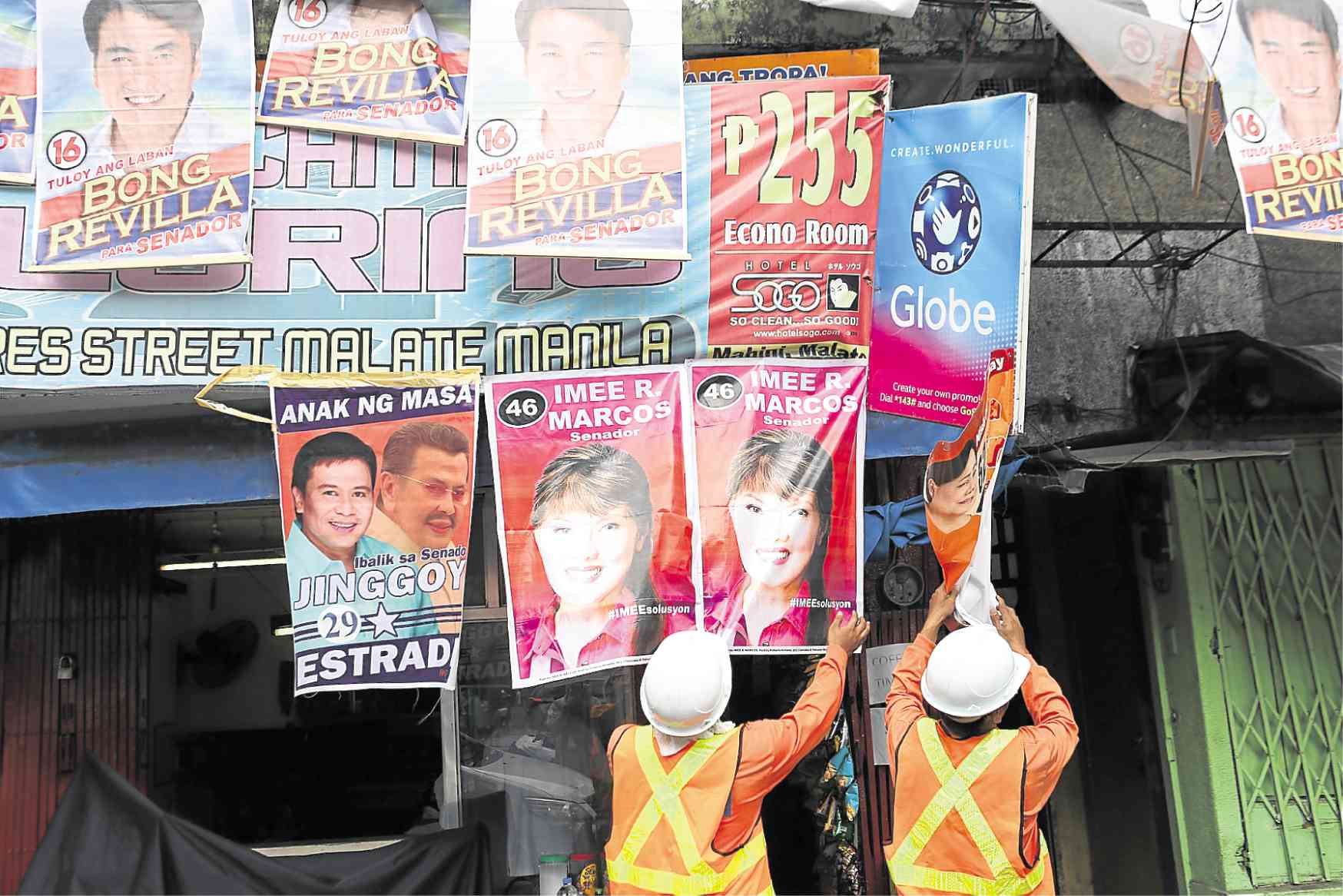 A multiagency task force on Thursday began taking down campaign materials posted in areas prohibited by the Commission on Elections (Comelec).

Equipped with manlifters and ladders, at least 300 members of “Task Force Baklas” were deployed to Malate and San Andres Bukid in Manila to kickstart the Metro-wide crackdown on politicians violating the regulations on election posters.

Among the agencies that were part of the task force were the Philippine National Police, Department of Public Works and Highways, Metropolitan Manila Development Authority and Land Transportation Franchising and Regulatory Board.

In a statement, Comelec spokesperson James Jimenez said that most of the illegal campaign posters and streamers were taken down from electrical posts and wiring, trees or the walls of public buildings, and signboards in public properties.

Also taken down were posters for party-list groups and candidates running for local posts.

Jimenez said the Comelec had given the candidates prior notice before the team’s deployment on Thursday.

“Some have complied on their own and that is commendable but those areas with candidates [who] have not complied yet are the subject of the operations,” he added.

The task force will document and preserve the confiscated election materials and use these as evidence in the filing of charges against violators.

According to Comelec rules, election materials can be posted only in common poster areas or public areas like plazas, markets and barangay centers.

They may also be displayed on private properties but only with the consent of the owners.

Comelec rules also limit the size of election posters to not more than 2 by 3 feet.

Violators face election offense charges and possible disqualification if they do not remove their illegal campaign materials.