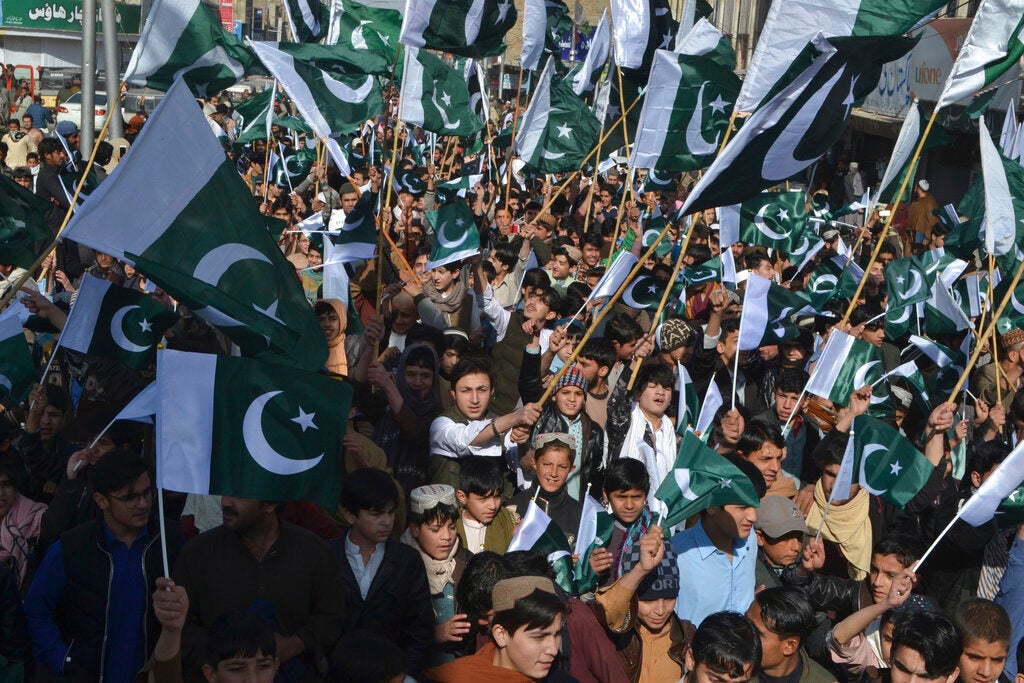 Pakistani rally against India in Quetta, Pakistan, Thursday, Feb. 28, 2019. India and Pakistan exchanged gunfire through the night into Thursday morning in the disputed Himalayan region of Kashmir, a day after Islamabad said it shot down two Indian warplanes and captured a pilot. (AP Photo/Arshad Butt)

The remarks by Prime Minister Narendra Modi come amid tensions with Pakistan following the areal skirmish between the two countries in disputed Kashmir. Pakistan said it shot down two Indian warplanes and captured a pilot on Wednesday.

Modi spoke to tens of thousands of Hindu nationalist party workers on Thursday in a video conference from New Delhi.

He didn’t mention archrival Pakistan but said a united India would “fight, live, work and win.”

The videoconference was meant to galvanize his party workers ahead of elections due by May. Opposition leaders are criticizing Modi for the campaign event during the tense standoff with Pakistan. /kga