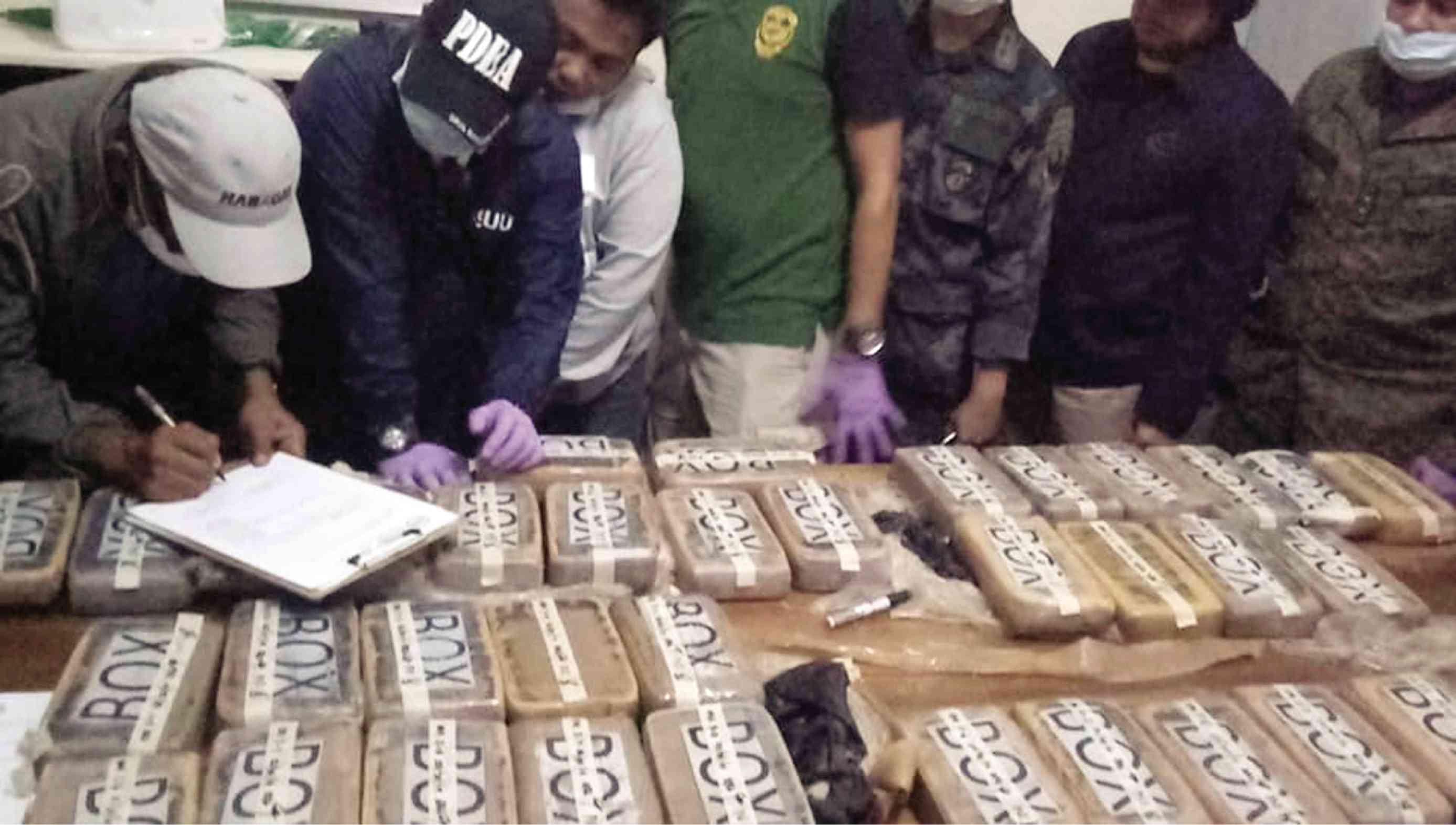 INVENTORY Agents of the Philippine Drug Enforcement Agency record the packages of cocaine recovered in a coastal village in Caraga, Davao Oriental, on Sunday. —NATHANIEL QUINONES/CONTRIBUTOR

MANILA, Philippines—The Philippine Drug Enforcement Agency (PDEA) on Thursday said the recent recovery of cocaine packages in the country’s eastern seaboard is not new as authorities have recovered similar cocaine packages before.

PDEA Spokesperson Derrick Carreon made the remark following the recovery by the Philippine National Police (PNP) of over P871 million worth of cocaine in different parts of the country’s eastern seaboard in the last two weeks.

“If we will recall, recoveries of cocaine were not new in the Philippines. We’ve had recoveries dating back to 2001. If you recall there was even a big one in 2009 when we spent months scouring the seas, again in the eastern seaboard, recovering what was reported to be a ton (of cocaine),”  Carreon said in a briefing in Camp Crame.

Carreon, however, insisted that the country was just a “transshipment point” as the Philippines is not a known cocaine market, noting that 97 percent of drug users in the country account for “shabu” users.

Earlier, President Rodrigo Duterte said the recovery of the cocaine bricks confirms the presence of notorious international drug syndicates in the country.

“The news that you hear every day about the floating drugs all around the country is that really we have confirmed that Sinaloa and Medellin cartels are in the trade now. It has always been cocaine from Mexico,” Duterte said in a speech in Malacañang.  /muf