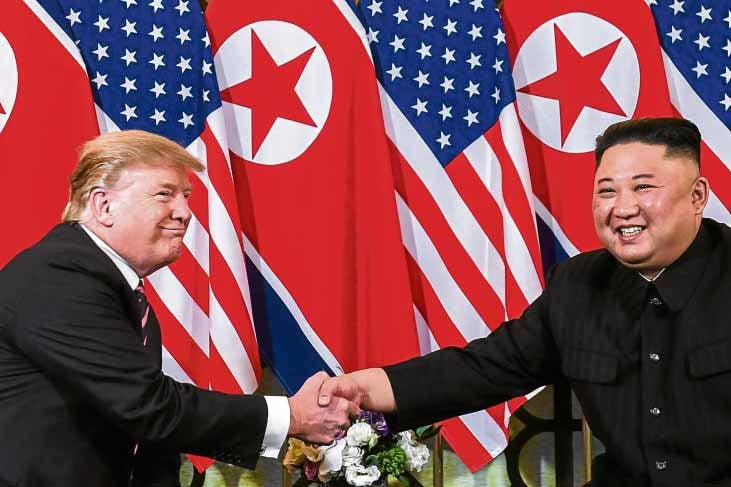 MORE ELABORATE MEETING US President Donald Trump and North Korean leader Kim Jongun open their second summit in front of a row of their countries’ flags at theMetropole hotel in Hanoi on Wednesday. —AFP

HANOI — US President Donald Trump says he’s looking forward to “a very big dinner” on Wednesday with North Korean leader Kim Jong-un. First, though, he’s got to get through lunch.

If that doesn’t do much for the famously heavy-eating US president, he won’t have long to wait.

If he has any room left, Trump will be treated to dessert “consisting of lotus seeds, longans and white wood-ear mushrooms served warm and in a light sugary syrup.”

Then he can wonder what — apart from trying to persuade Kim to give up North Korea’s nuclear weapons — will be for dinner.

During a previous visit to Vietnam, shark’s fin was on an early version of a menu due to be served to Trump but was reportedly left off the table after causing a stir online.