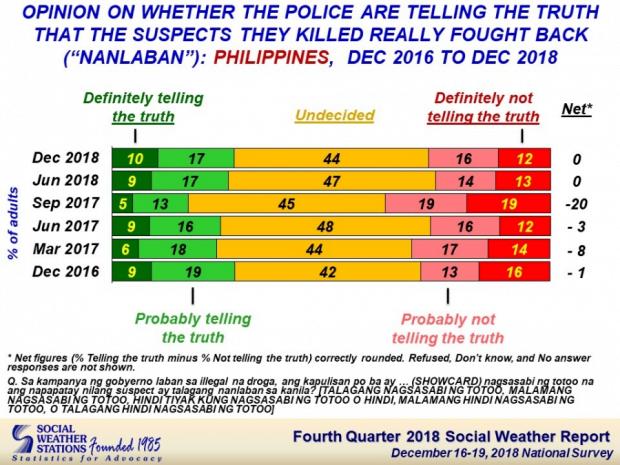 MANILA, Philippines — Filipinos are divided over the claim of the police that some suspects were kiled in the Duterte administration’s drug war because they fought back, or “nanlaban.”

Meanwhile, the SWS said 44 percent of Filipinos are undecided on the issue.

SWS asked the respondents: “In the government’s campaign against illegal drugs, the police are —

— that the suspects they killed really fought back?”

The poll was conducted through interviews of 1,440 adults aged 18 years old and above nationwide — 360 respondents each in Balance Luzon, Metro Manila, Visayas, and Mindanao.