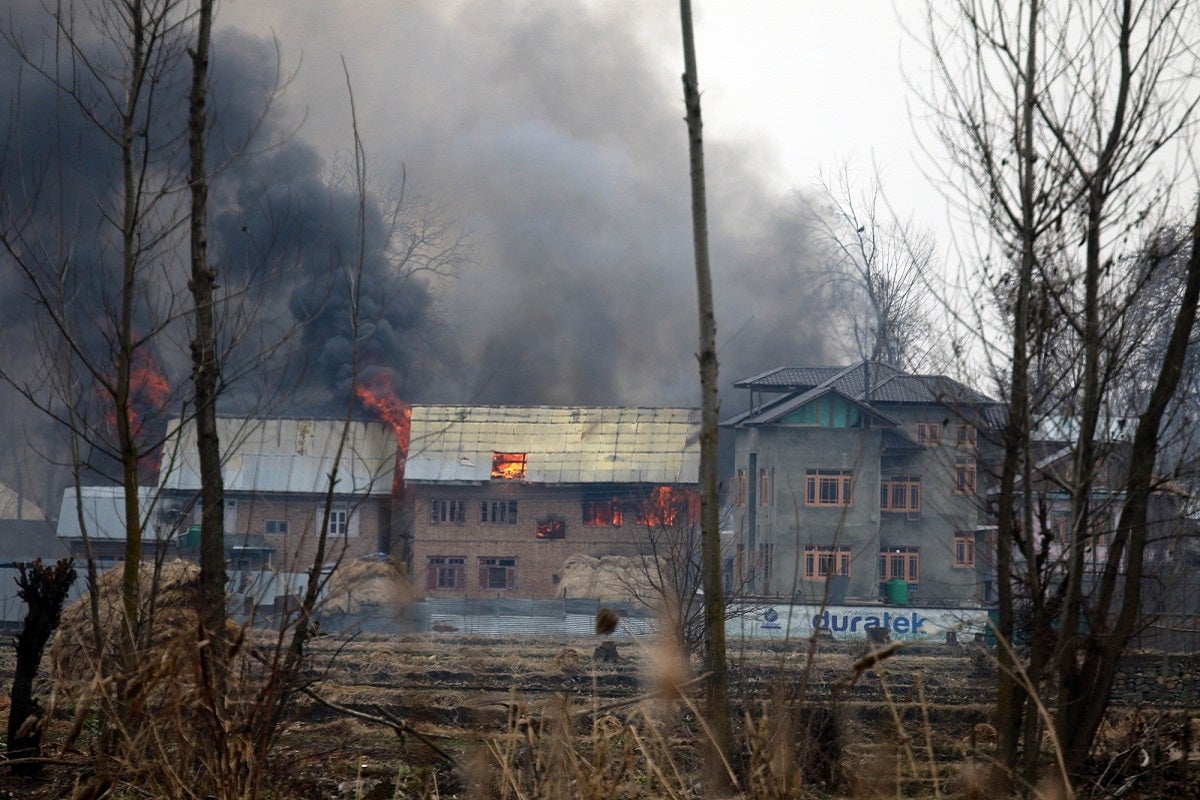 A house destroyed during a gunfight that erupted between security forces and militants in Jammu and Kashmir’s Pulwama district on February 18, 2019. IANS Photo via The Statesman

JAMMU — Five soldiers were injured in heavy shelling by Pakistani troops on the Indian positions and in civilian areas along the Line of Control (LoC) between Akhnoor in Jammu and Poonch on Tuesday.

The five Army personnel were injured at Keri Lalyali in Akhnoor. Two of them were seriously injured and have been rushed to the military hospital at Udhampur, while others have been admitted in Akhnoor.

On Tuesday evening, Pakistani troops started targeting civilian areas with heavy shelling of mortars. The shelling at several places along the LoC follows the pre-dawn strike by the IAF targeting terrorist training camps deep in Pakistan.

The Indian Army has been strongly retaliating.

The villages along the LoC in Jammu, Rajouri and Poonch districts were witnessing shelling by Pakistan troops, at the time of writing.

ADVERTISEMENT
Read Next
Panelo says Bishop David’s death threats merely ‘fabricated’
EDITORS' PICK
IATF to LGUs: Issue ordinances vs attacks on frontliners, COVID-19 patients
10 Filipinos positive for COVID-19 in UK, 7 in Ireland — envoy
Nograles: Cabinet members to donate 75% of monthly salary to aid COVID-19 fight
Diokno to Duterte: OK to make fun of buck tooth, but focus on people’s needs first
Robredo spox thanks Duterte for defending VP’s efforts vs COVID-19
Quick chat with Nicole Andersson: ‘You really don’t need much to be happy’
MOST READ
Coronavirus hotbed Rizal to shut borders on April 6
Gov’t mulling quarantine period extension of 15-20 more days
ADB warns PH against prolonged lockdown
Sotto on Isko Moreno’s call: We do our job without the media following our every move
Don't miss out on the latest news and information.