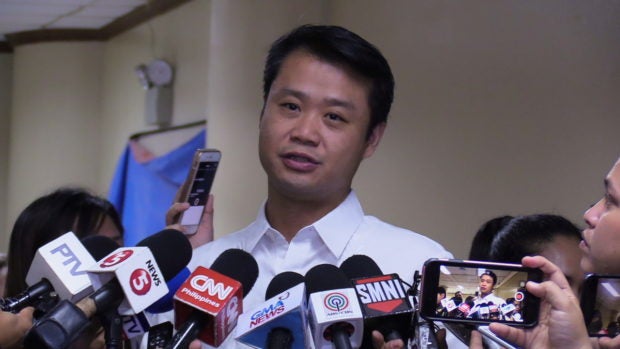 MANILA, Philippines — The perennial traffic on Edsa could still be addressed even without emergency powers granted to President Rodrigo Duterte.

Duterte admitted over the weekend that he failed to solve the monstrous traffic on Edsa because of Congress’ failure to grant him extra powers to solve it.

But Senator Sherwin Gatchalian, who is part of the Senate majority bloc, noted  that there are a number of bills filed in Congress that also seek to ease the traffic in the metropolis.

One of these measures, Garchalian said, is his Proof of Parking bill, which requires a proof of parking before a person can buy a vehicle.

“While Congress may have not granted the President’s request, there have been a number of bills filed in both Houses with the aim of decongesting our streets,” he said in a statement on Tuesday.

Gatchalian explained that his proposed measure would help ease the traffic as  car owners would be first required to have their own parking space.

“We are now putting the responsibility on the car owners: if you buy cars, you have to make sure that you have a parking space for your vehicle, and not park on the streets,” he  pointed out.

“This could potentially clear our side streets of obstructions, which in turn could be used as alternate routes to decongest Edsa,” the senator added.

Gatchalian then urged Duterte to declare his bill as one of his priority measures  in the 18th Congress.

“I therefore humbly urge the President to declare this one off his priority measures for the 18th Congress to hasten its passage,” he further said.

Duterte himself admitted over the weekend  that he had delivered on his promises except solving the monstrous traffic on Edsa.

And the President blamed this to Congress’ failure to pass a measure that would have granted him extra powers to solve the traffic problem. /jpv